A A Wood & Sons was an Atlanta manufacturer of augers and saw sharpening machinery. C W H Wood established the Wood Manufacturing Company in Pompey, New York in 1844. The company produced carpenter and carriage making tools. C W H relocated to Manlius in 1876. It is assumed that Albert Wood was a relative and worked at the factory. Albert A Wood moved to Atlanta from Manlius about 1878. Albert worked as a machinist in Atlanta until establishing a manufacturing company with his son Albert P in 1891. His second son, Edward P joined in 1901. Products were primarily hollow augers in the early years. Brand names were Little Giant and Universal. Emphasis turned to Edge-Cut and Duplex saw filing machines in the 1920s. Hand grinders were also sold, first as Atlanta and then as National. 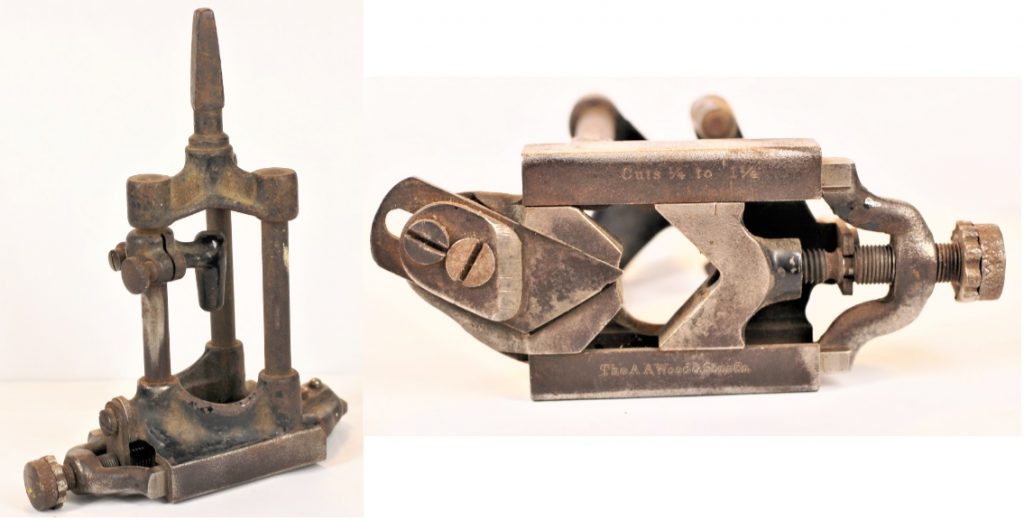