This plane is widely believed to be made by the Delta Specialties Company. No patent has been discovered as of yet.

The JAYMAR Specialties also made American Boy tool sets. The quality of this plane almost certainly rules out JAYMAR as the maker.

Herbert Tautz arrived in America from Germany in 1914. He was known to produce hand tools in Milwaukee. The Delta Specialties name was first used in 1919. A small hand cranked scroll saw was introduced in 1923. This saw carried the “American Boy” name. American Girl was used on sewing machines made by Delta. Tautz is credited with almost 100 tool patents.

William Peters was associated with the company from 1919 to 1923. 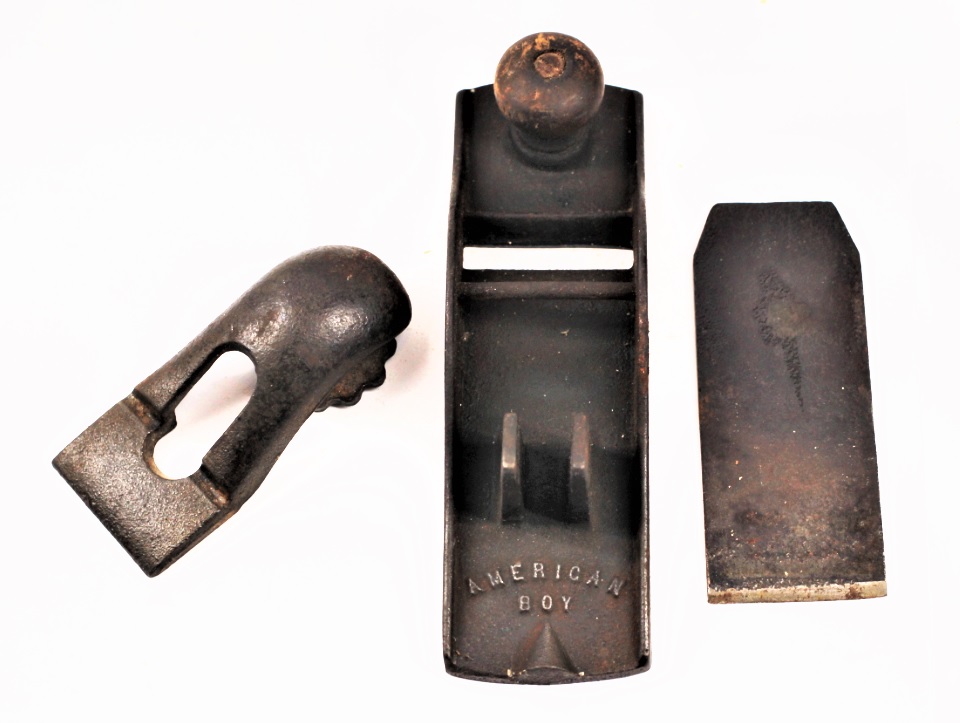