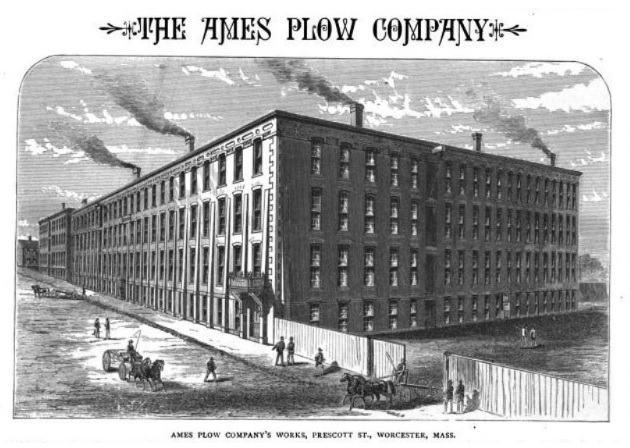 The Universal garden cultivator was sold by the Ames Plow Company. Ames long history begins with Joel Nourse making plows in Shrewsbury, Massachusetts in 1825 and forming J & J Nourse in 1829. This would have been just a plow point and was advertised as the Hartford. Joel moved to Worcester in 1833 and began selling plows. Worcester was the center of plow manufacturing in the United States in the 1830s. Ruggle, Nourse & Mason was formed in 1835 by Draper Ruggles, Joel Nourse, and John C Mason. The three secured the Jethro Woods Patent in 1838 and began manufacturing cast iron plows. They developed the Eagle plow which became the prominent plow of the day along with the Wilkes Revolving Hay Rake. They also published the New England Farmer. The firm became Nourse, Mason & Company in 1856 when Peter Harvey and Samuel Davies joined.
John Ames began making shovels in North Easton, Massachusetts about 1775. His son, Oliver, acquired the business in 1800. Oliver’s two sons joined in 1844 forming Oliver Ames & Sons. Nourse, Mason & Company was acquired in 1860 and the Ames Plow Company was incorporated in 1864. They sold the Universal plow made by the A T Stewart Company of Pittsburgh. The company was officially dissolved in 1921. 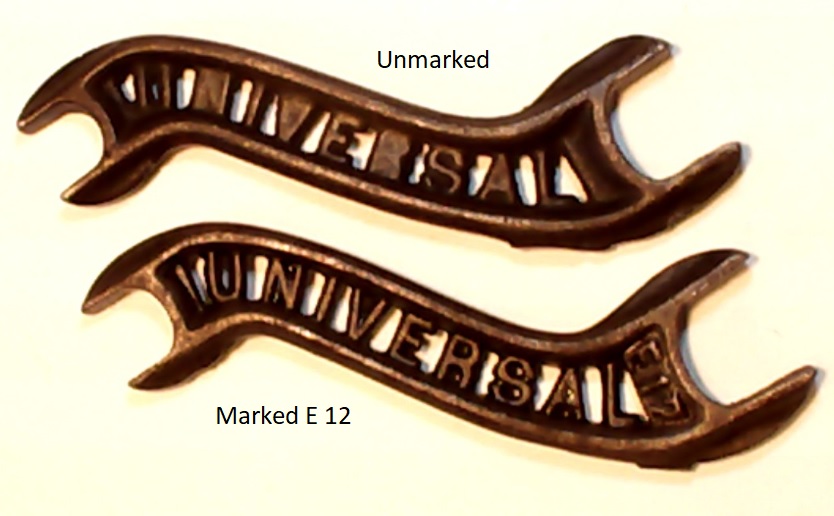