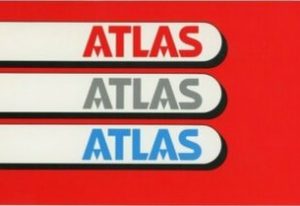 The Atlas Supply Company purchased auto parts, tools, and supplies for resale through service stations. The company was formed in 1929 in Springfield, New Jersey by former members of the Standard Oil Trust. Atlas became the largest distributor of auto parts in the United States by the 1950s. Favorable prices from suppliers due to their buying power brought up antitrust questions in 1955 – 1957.
Return to Home Page