The Bay State Tool Company manufactured ratcheting wrenches and pressed steel socket sets. Frederick Tudor had made a name for himself in gas, coal, and railroads. He organized Tudor Manufacturing in 1906 to take over the assets of the Bay State Tool Co (1854).
Frederick E Walden held patents for wrenches that were used by Bay State and Taunton Manufacturing. Walden had been president of Tower & Lyon and would go on to organize Walden Worcester. 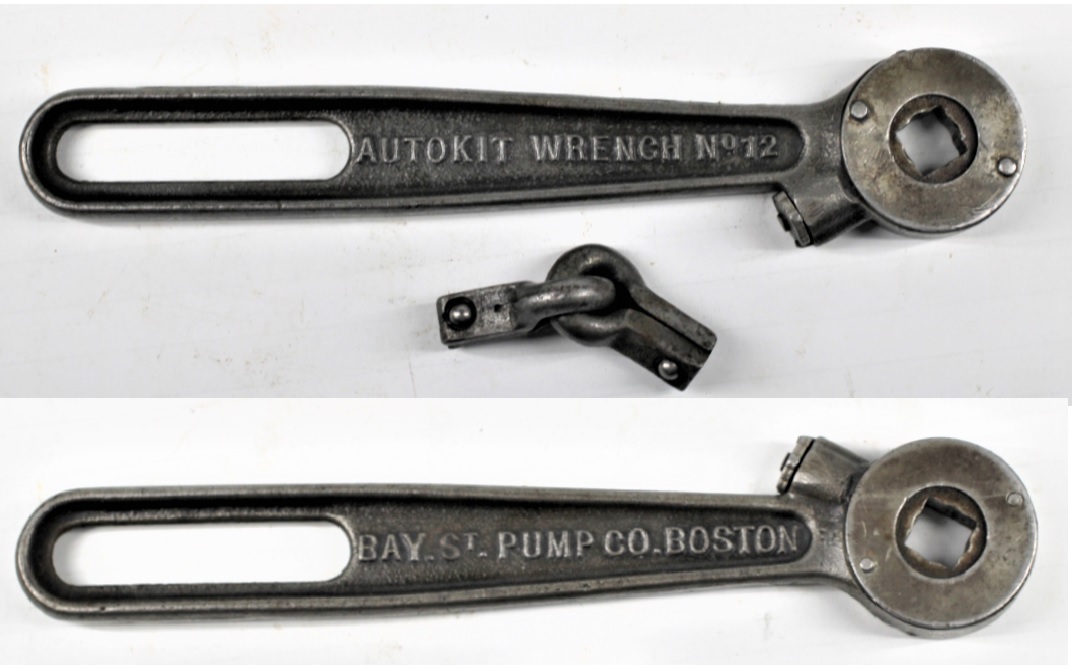