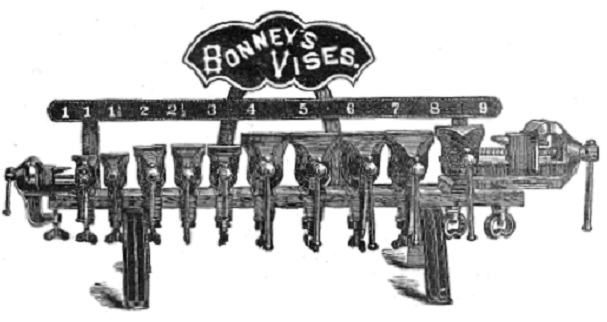 Bonney Tool & Forge is a well-known manufacturer of quality automotive tools. The company began as C S Bonney & Sons, located in the Philadelphia neighborhood of Frankford in 1877. Their shop was at Seventeenth & Barker Street where they produced a small vise. In 1878, they moved to Frankford Avenue and then to 69 Arch Street in 1880. The more familiar 3015 Chestnut address came in 1882 as did the name change to Bonney Vise & Tool Works. Bonney underwent reorganization in 1890 and moved to Allentown on New Year’s Day of 1909. Taking over the old Allentown Hardware Company gave them 4 times the room and access to the LeHigh Valley Railway. The company became the Bonney Forge & Tool Works in 1921. Kelsey-Hayes acquired the tool division of Bonney in 1964.

Beginning with one small vise intended for amateurs, Bonney steadily added products. The number of vises grew, anvils were added, then wrenches. The company became one of the top producers of high-quality hand tools in the USA. Sales were direct to mechanics and catalogs were produced which are highly valued by collectors today.
Return to Home Page                              YouTube channel Wrenchwiki 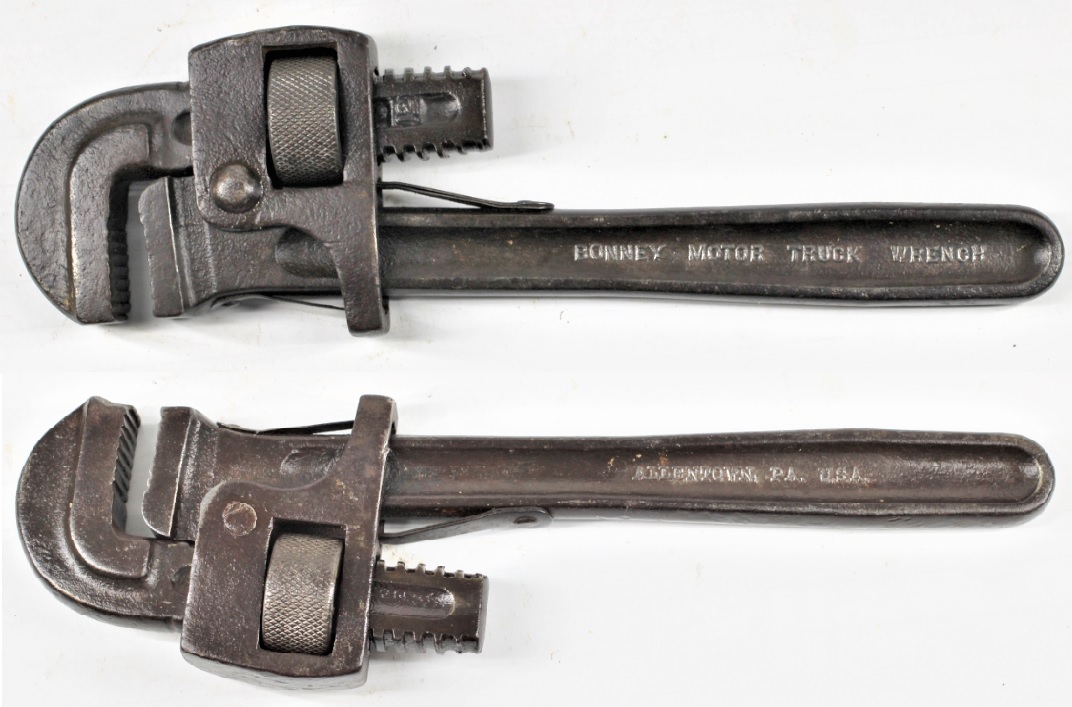