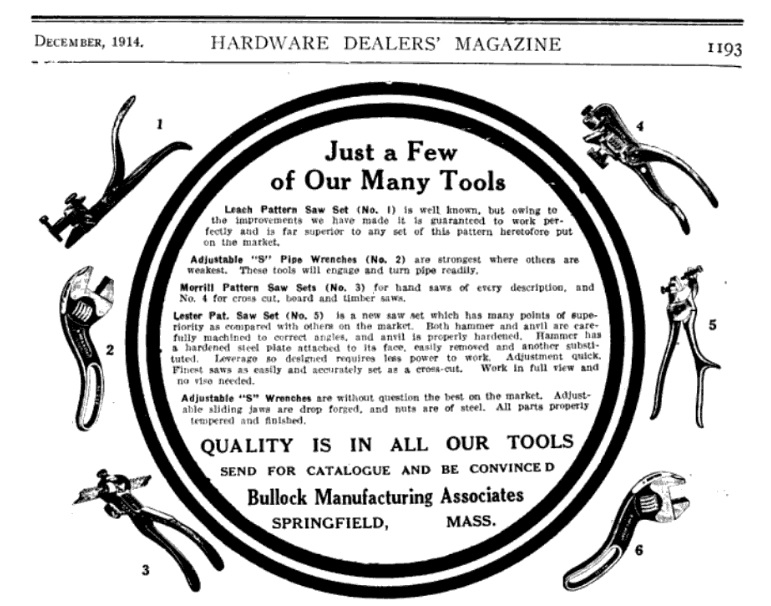 Orvis Wood Bullock began his career as a teacher in Fort Leavenworth, Kansas in 1853. He moved to Milton, Vermont in 1855 where he began a dry goods store. O W purchased a key manufacturing business in Springfield, Massachusetts in 1873 with his cousin. The product line was expanded to dentistry, optical, surgical, and jeweler’s tools. The name was changed to Bullock Manufacturing Associates in 1905 when O W died. His widow carried on the business with the assistance of her brother, Wallace Brown Fish. Wallace was president until his death in 1921. Records for the company exist until at least 1925.

There is one record of manufacturing printer’s tools in New York in 1865. There was another person of the same name in New York who invented a rotary printing press in 1865. No records were found during research showing OW was in New York at this time. Multiple sources have him in Vermont until 1873.