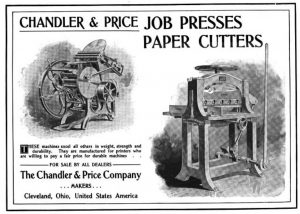 Chandler & Price manufactured printing presses and paper cutters in Cleveland, Ohio. Harrison T Chandler and William H Price began operation in 1881 using expired patents held by George Phineas Gordan. Their first press was released in 1884. This was a hand fed press operated by a foot treadle. Their equipment was an industry favorite until offset printing eroded the business. Handset type was too time consuming and their presses too slow. The company ceased operation in 1964.

Harrison became a banker in Chandlerville, Illinois after the Civil War. He moved to Cleveland in 1881 were he purchased an interest in the Cleveland Type Foundry. Harrison would become president of C & P in 1895 when the company incorporated.

O H Price manufactured printing presses in Cleveland. William assumed control after his father’s death. William served as president of C & P until 1895 when he was murdered in his home. 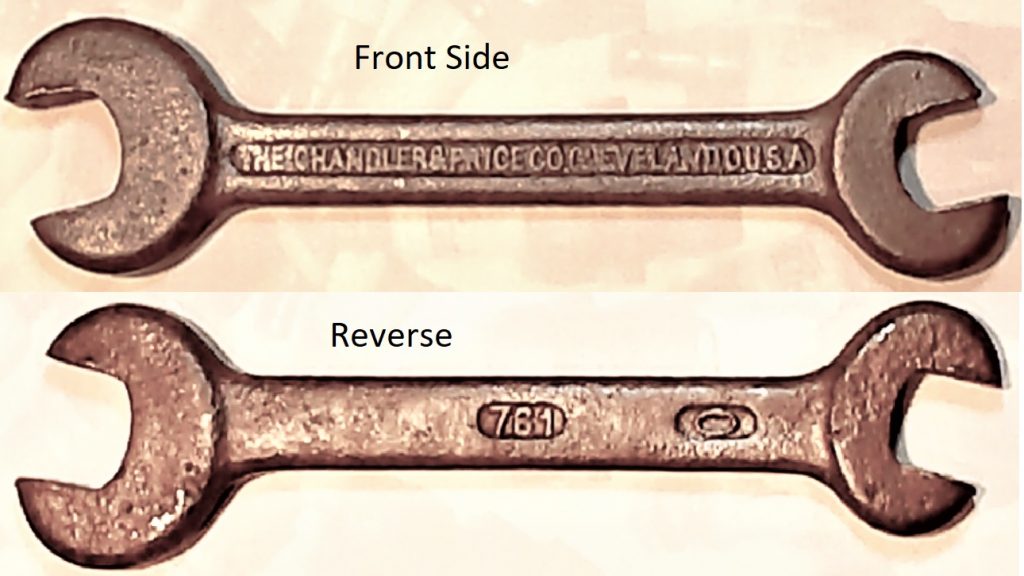 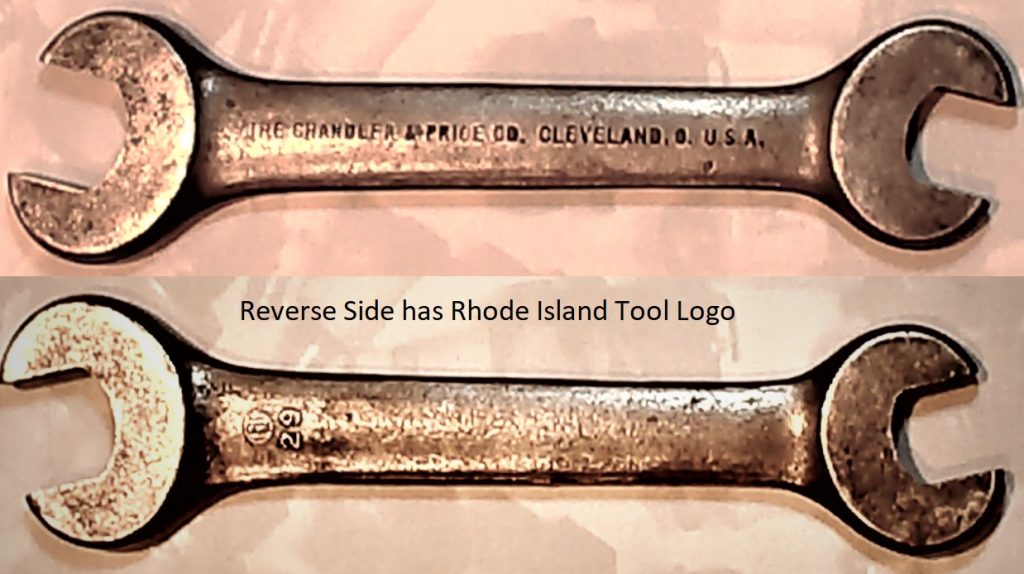