Charles Parker was an important manufacturer of vises, shotguns, and coffee mills. Charles earned his first income as a young boy about 1810. He was paid twenty-five cents for a quart of thorns the local carding mill used for tapered pins. He learned button making as soon as old enough for factory work. He followed this by contracting the construction of coffee mills in Meriden. A partnership was formed with his brother and Herman White in 1833. Parker & White continued until 1844. It was toward the end of their partnership they began vise manufacturing. They would go on to make over 150 styles and sizes of vises. Other articles manufactured by Parker included printing presses, piano stools, spoons, shotguns, spectacles, clocks, and lamps. The company was sold to Union Manufacturing in 1957.

The Prentiss Vise Company was acquired in 1948. 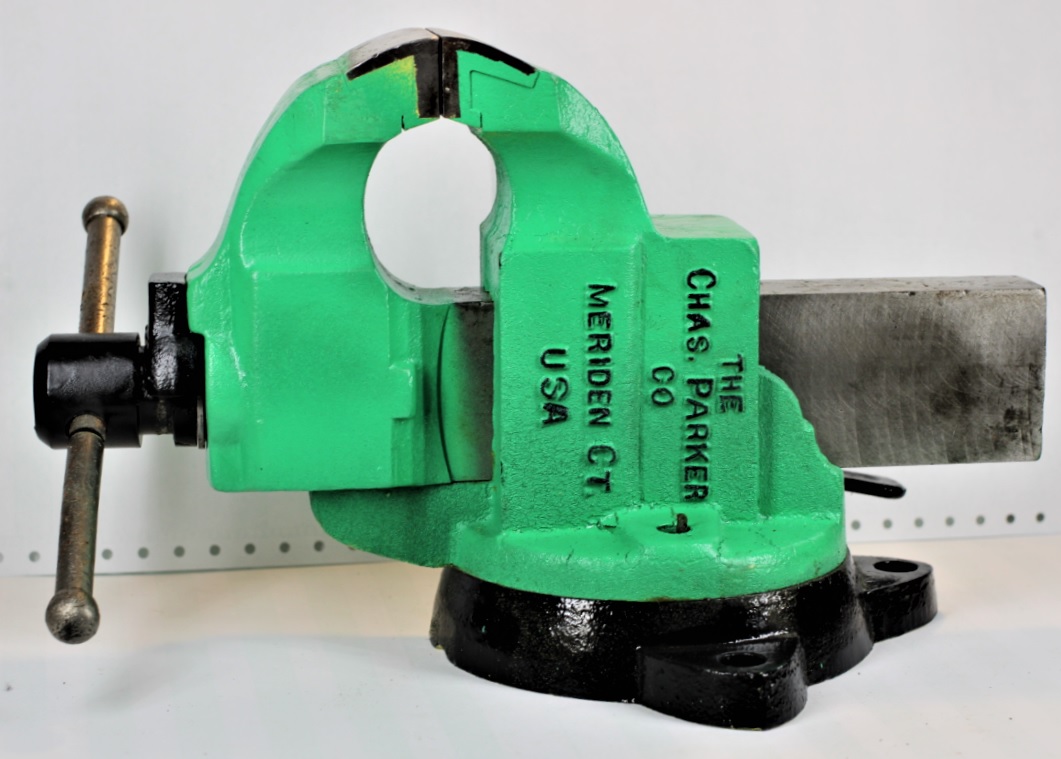