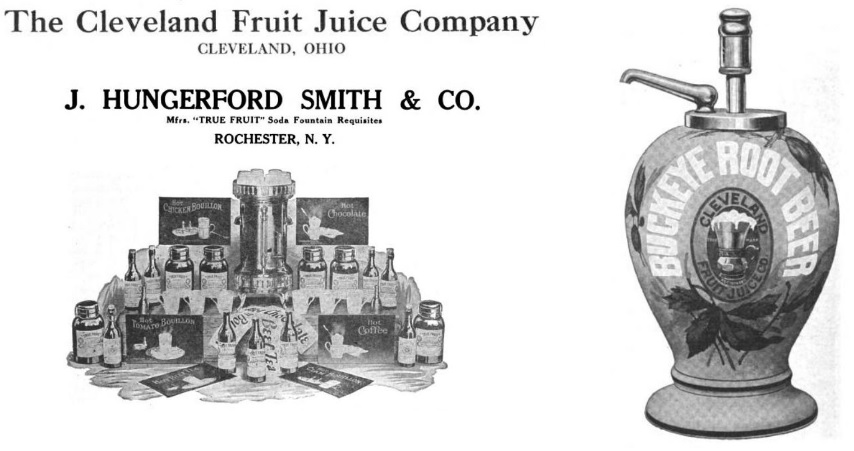 The Cleveland Fruit Juice Company furnished syrup and condensed fruit to soda fountains. A H VanGorder partnered with Lucian Hall in 1884 forming Hall & VanGorder. He began experimenting with preserving fruit around 1890. VanGorder was with the Benton, Myers Company in 1902 and formed CFJ in 1906. CFJ published the Buckeye Bugler and enjoyed a strong market for Buckeye root beer. Their Buckeye syrup dispenser, with company name, was prominently displayed in soda fountains

J Hungerford Smith received a degree in Pharmaceutical chemistry from the University of Michigan in 1877. Three years later he opened a pharmacy and began improving the quality of flavorings. Smith moved to Rochester, New York in 1890 and established his True Fruit brand. Rochester was the center of the Eastern fruit belt. Hungerford bought CFJ in 1930. Each was run as an independent company but with their own region. Hungerford’s company established a facility in Modesto, CA in 1950 where they produced both brands. Cleveland was closed when Humbolt, TN opened.
Return to Home Page                                     YouTube channel Wrenchwiki 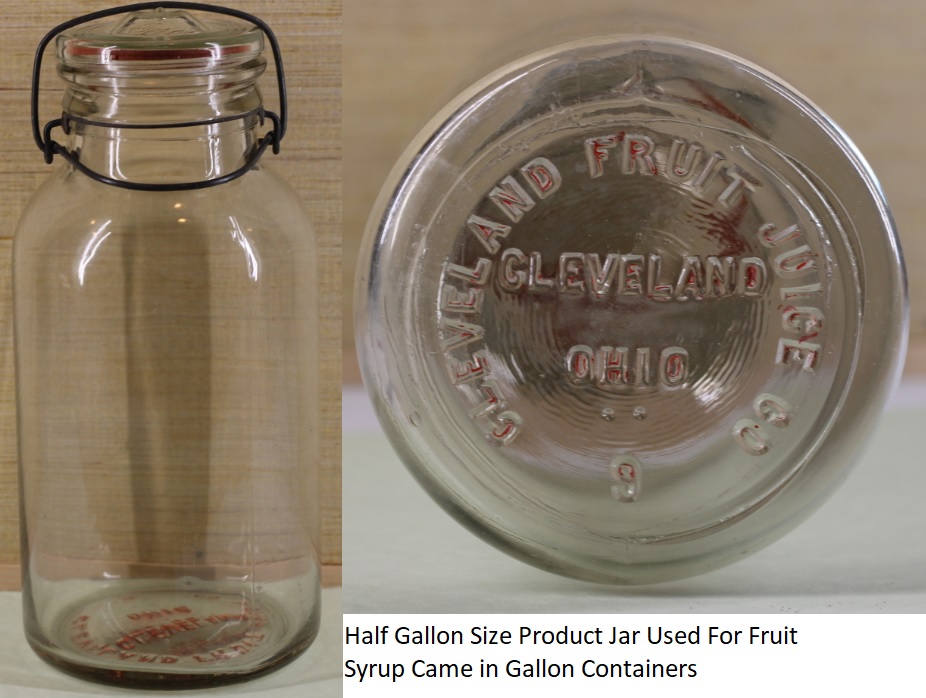