Samuel Merritt Comstock and Edwin Griswold began manufacturing screwdrivers in 1834. This became the S M Comstock Company in 1847. At some point, they began making auger bits. The auger bits were made under William A Clark’s patent. Ivory combs were added and then ivory piano keys. Griswold left the company in the 1840s. The tool business was continued with a second company formed to manufacture ivory piano keys. This became Comstock, Cheney and Company. S M Comstock would become the Centerbrook Manufacturing Company. This company failed in the panic of 1873.
Alfred Wright was the custodian of the estate. He reorganized the company as the Connecticut Valley Manufacturing Company in 1874. Wright patented improvements in the expansion bit. Catalogs were published as the product line expanded. At least four generations of the Wright family headed the company. Morris Wood Tool acquired ConVal in 2011.
Return to Home Page 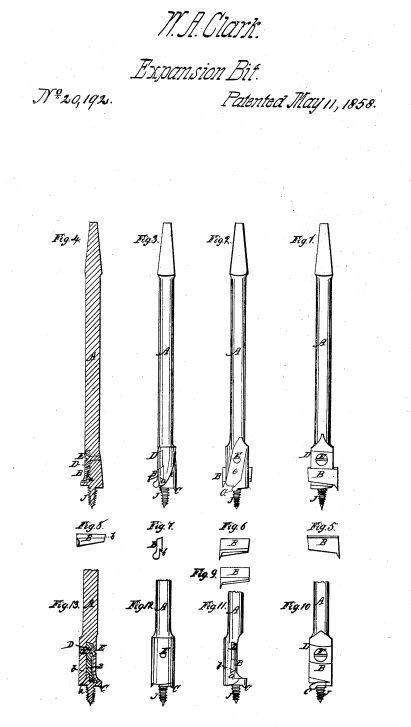