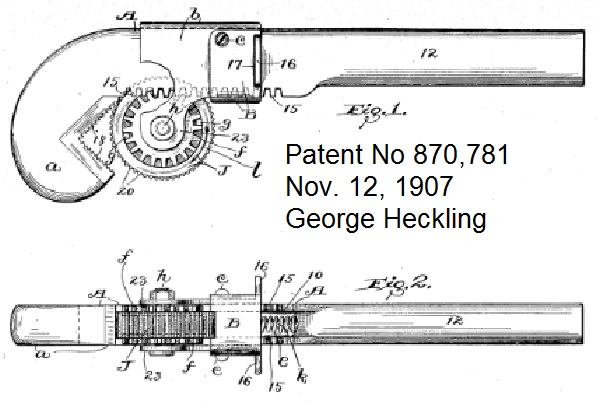 The Craftsman Tool Company of Conneaut, Ohio manufactured the Craft pipe wrench. The McLean Cream Separator Company was incorporated in Ontario in 1907 and Detroit in 1911. The Detroit company was reorganized as the Attwood Wrench, Tool, and Stamping Company in 1911. The Company became Attwood Manufacturing in Conneaut, Ohio in 1912. The property was then sold at trustee’s sale in 1914. The Craftsman Tool Company was organized after purchasing the property. Advertisements for the company exist until 1923. The Pittsburgh Malleable Iron Company later manufactures what appears to be the same wrench. There are slight differences when comparing patents. 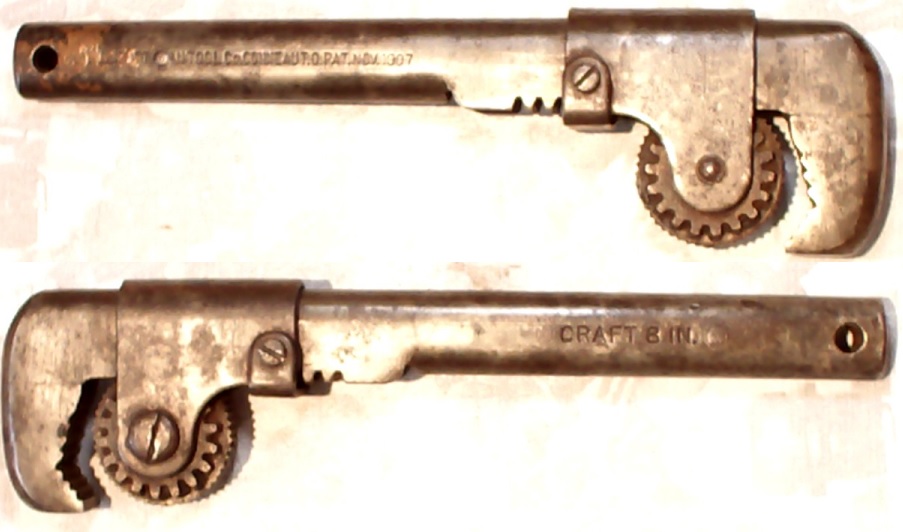