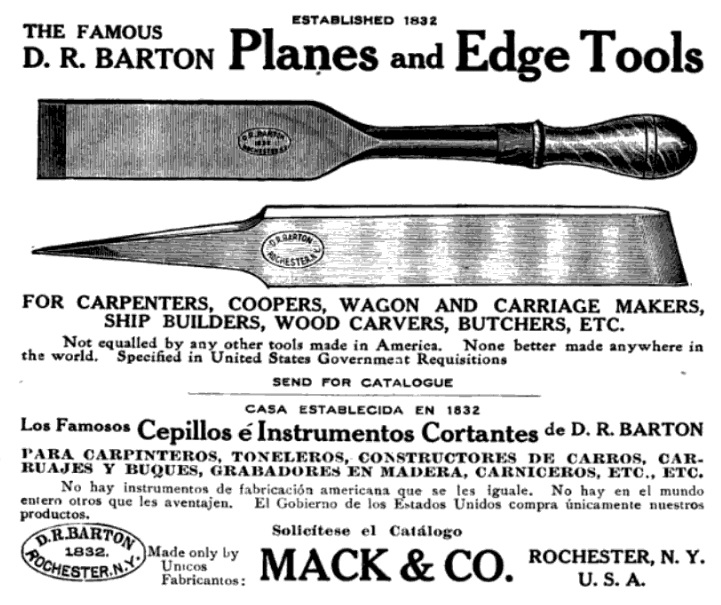 David R Barton was an important manufacturer of edge tools. He began in Rochester around 1832 serving the local community. Cooper’s and boat builders were his primary customers. Barton had several partners in the early years, many of whom built canal boats. Early names associated with Barton include Stager, Guild, Babcock, and Smith. One of the most important was the firm of Barton & Beldon; sometimes listed in directories as B & B. This lasted from 1844 to 1848.
The great Genesee River flood of 1865 swept their building away. W W Mack partners with Barton in 1866 and they rebuild on the site. The Mack name is used afterward while maintaining the Barton Logo. It was at this time the name became known nationally. Mack built a strong advertising and distribution network. W W’s sons William R and Amos P took over in 1899.
A separate company is formed with J P Milliner in the 1860s while David is still with Mack. Barton withdrew from W W Mack in 1874 and incorporated the D R Barton Tool Company on April 23, 1875. He died three days later.