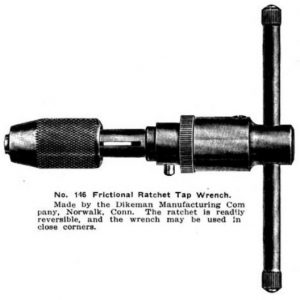 The Dikeman Manufacturing Company made tools for carpenters and wood workers. Charles S Dikeman was secretary of the Eagle Bicycle Company of Torrington, Connecticut. (1888-1905) He received several patents for bicycle components while there. The Progressive Manufacturing Company was organized in 1905 and acquired the bicycle plant. Progressive manufactured Eagle gasoline engines and Forstner bits.

Charles and his brother, Joseph established the Dikeman Manufacturing Company in Norwalk, Connecticut in 1906. Many of their products such as plumb bobs, tap wrenches, and cabinet scrapers were never patented. The 1929 depression hurt the company while debt accumulated. Joseph and his sons held on until 1939. 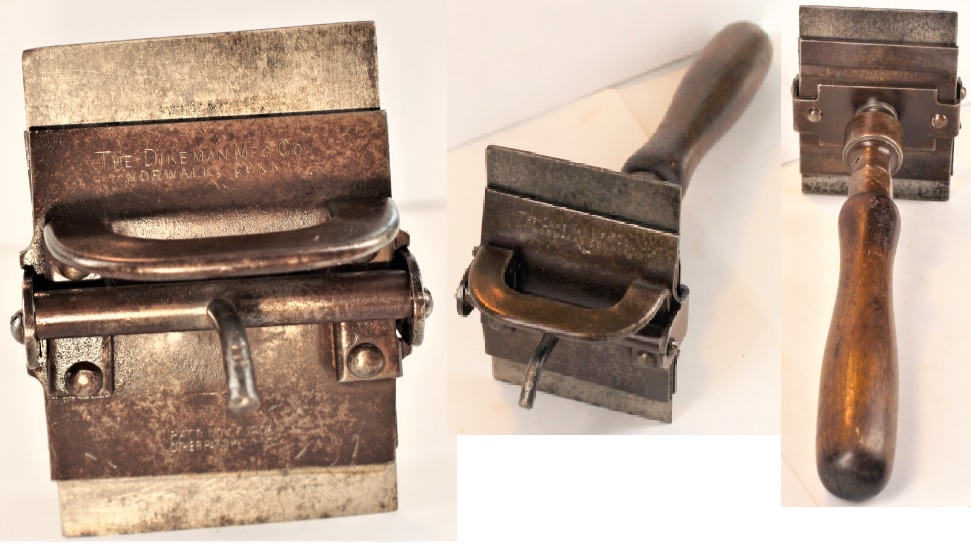