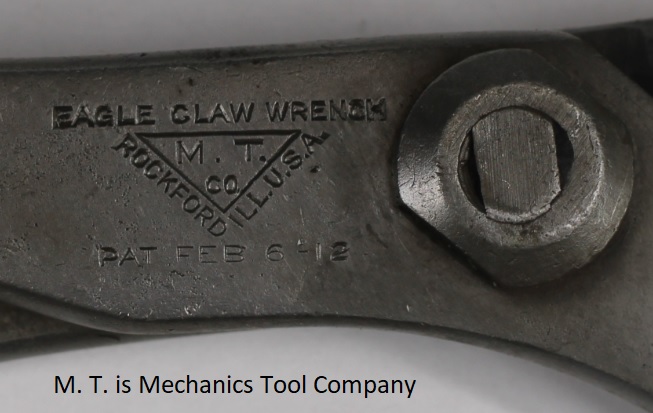 The Eagle Claw Wrench Company manufactured a heavy plier-type tool. Joseph A Schlehr received patent number 740,553 in 1903 while living in Frazee, Minnesota. The company was then located in Minneapolis. Patent number 1,016,296 was applied for in 1910 and granted in 1912. While resembling a heavy plier, the jaws had three points for gripping round objects. The tool proved popular with farriers for removing horseshoe calks.