The Forehand Arms Company manufactured revolving cylinder handguns. Ethan Allen began crafting quality cutlery in Milford, Massachusetts in 1831. Two years later he established a small factory in Grafton where firearms were made. He partnered with his brother-in-law, Charles Thurber in 1837. The firm of Allen & Thurber moved to Norwich, Connecticut in 1842 remaining until 1847. The company located in Worcester, Massachusetts in 1847.

Allen partnered with son-in-law Thomas P Wheelock about 1855 forming Allen & Wheelock. Production changed during this time with less emphasis on pepper boxes. They also developed the first machine to manufacture brass cartridges. Wheelock died in 1863. Son-in-laws Sullivan Foreman & Henry C Wadsworth joined in 1865. Allen died in 1871. The firm of Forehand & Wadsworth was formed in 1873. Wadsworth retired in 1883. Foreman operated alone and incorporated the Forehand Arms Company in 1890. He died in 1898 and Hopkins & Allen acquired the company in 1890. 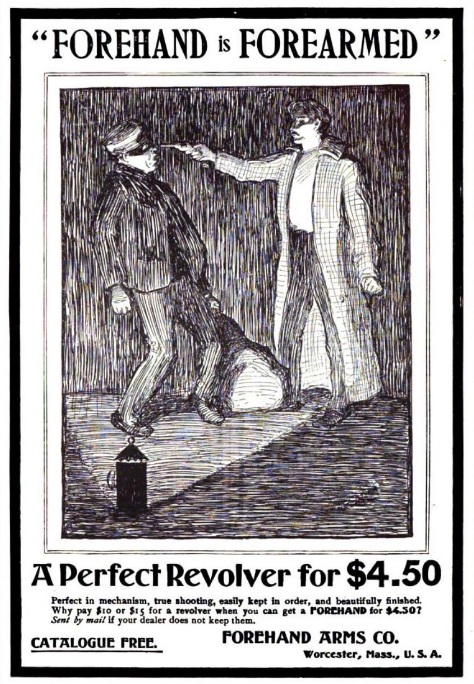