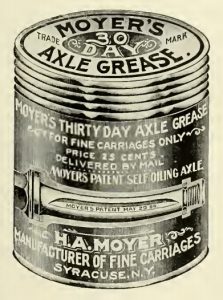 Harvey Allen Moyer built a carriage shop on his father’s farm when 13 years old. When of age, he became a salesman for the Toledo Pump Company. He established a wagon repair shop in Cicero, New York in 1873. This became the Moyer Wagon Works in 1875. The company moved to Syracuse in 1880. Wagons gave way to sleighs and fine carriages. A customer had their choice of over 200 styles of carriages.
Moyer was especially known for his inventions and held several important patents. Among his many patents was number 260,774 dated July 11, 1882 for a hub boring machine. This machine was widely used in the carriage trade. He also acquired a patent for an automobile.
Research began in 1908 for an automobile. The Harvey A Moyer Motor Car Company was established in 1910 with production starting early 1911. Between 300 and 400 quality automobiles were produced. The period of mass production and large brand names had arrived by 1915. Harvey became a salesman for F B Stearns and later concentrated on breeding cattle.
The factory in Syracuse is famous for a small red house built on the roof. The details surrounding the house were kept secret for years. A popular speculation was that the lady who originally owned the site refused to move so the factory was built under her house. The real purpose was to draw attention to the factory. The house was just a shell used to shelter the machinery for a freight elevator. 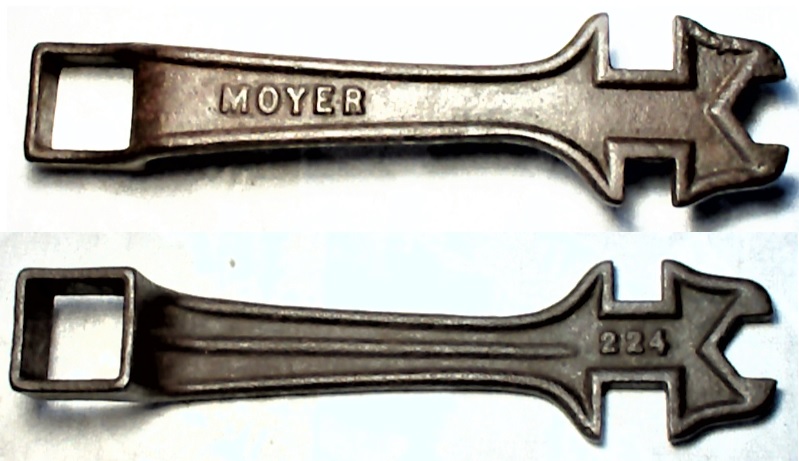