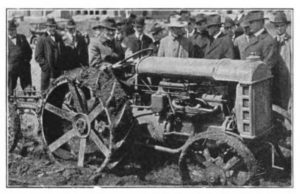 Born in Ulster Ireland, Harry Ferguson was the 4th of 11 children. His brother, Joe, set up an automobile and cycle repair shop in 1901. Harry soon joined his brother. Harry began racing motorcycles in 1904 and did quite well. His interest turned to airplanes about 1907 and in 1909 he was the first in Ireland to build and fly a plane. Harry managed a three-mile flight in 1910 and then wrecked the plane a month later.

His brother was not interested in airplanes. This caused Harry to leave the repair business in 1911 and create May Street Motors, an automobile dealership. This became Harry Ferguson ltd in 1912. The dealership also sold Overtime tractors. The Overtime was the UK version of the Waterloo Boy. It was at this time Harry realized that plows meant for horses were not suitable for tractors.

The Fordson was exported to Ireland in large numbers in 1917. Many farmers were killed when the plow hit a rock and the tractor reared over backwards. Harry developed a plow designed especially for the Fordson with the hitch mounted forward to prevent rearing. The plow was also closer to the rear wheels of the tractor giving better depth control.

Harry’s first attempt at getting Ford to manufacture his plow failed. He entered into an agreement with John Shunk of Bucyrus, Ohio in 1922 to produce his plow. When this failed to materialize, he contacted Roderick Lean of Mansfield, Ohio. A few plows were produced by Lean. Then he met Eber & George Sherman. Ferguson-Sherman was formed in 1925 to make plows specially adapted to the Fordson tractor. This ended in 1928 with the demise of the Fordson.

Ferguson-Brown was formed in 1936. David Brown was a UK manufacturer of agricultural machinery. This only lasted a short time. Brown made the Coventry engine that would later be used in the P99 race car. Within two years, Harry and Henry Ford formed the famous “Handshake Agreement” where Ford would produce the 9N. Production of the Ford-Ferguson tractor began in 1938. Ford lost money every year they produced the tractor until Henry ll ended the agreement in 1946. The loss was on the order of 25 million dollars. They later paid Ferguson another 9 million for patent infringement.

Sir John Black joined the Standard Motor Company in 1933. Standard is best known as the manufacturer of Triumph automobiles. Ferguson & Black reached an agreement in 1946 to refit a Coventry arms plant to manufacture the TE20. (Tractor England 20 HP) A factory was built in Detroit a year later to make the TO20 for US distribution.

Harry used patent infringement money to establish an automotive company. Several prototypes were made but never a production car. A Formula One car named the Ferguson Climax P99 was made in 1961. Harry died before its first race. Drivers of the car included Graham Hill, Stirling Moss, and Peter Westbury. This was the first all-wheel drive car to win a Formula One race and the last front-engine car to win. The last race was in 1966.

Massey-Harris-Ferguson was created in 1953 with the merger of Massey Harris and the Ferguson company. Harry left by 1958 when the company became Massey-Ferguson. The company was originally based in Ontario, moved to Buffalo in 1997, and later became part of AGCO. 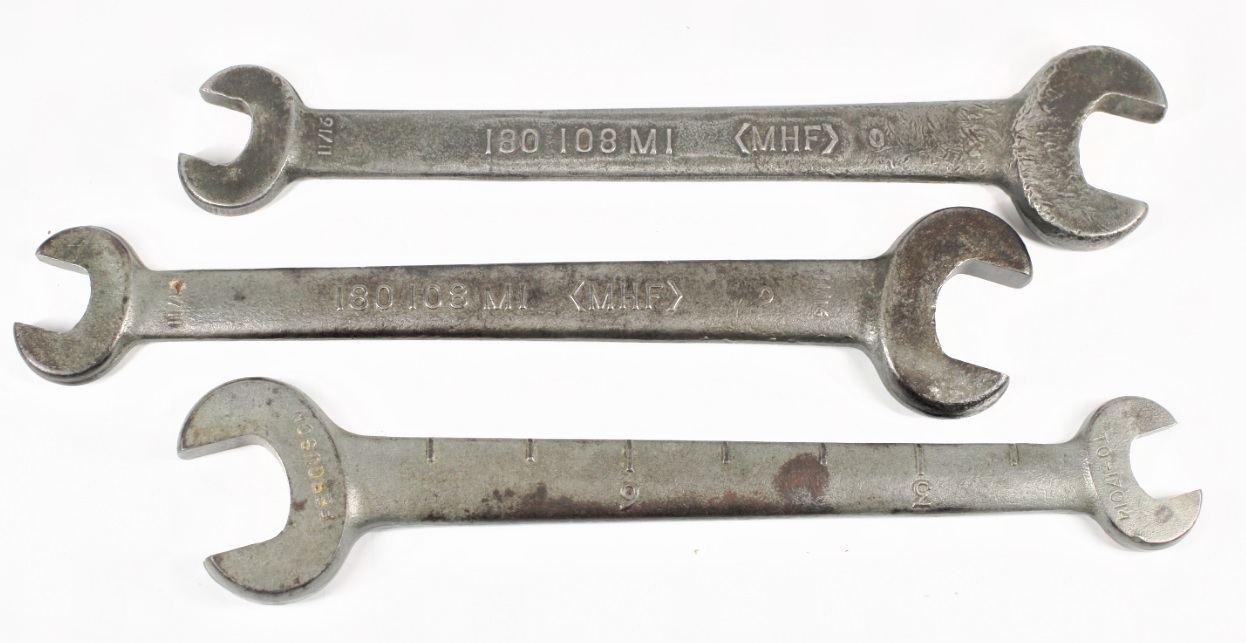