The grandfather began manufacturing files and rasps in Newark, New Jersey in 1836. His son Elias formed a partnership with his brothers Peter and Lewis in 1865 on Ward Street named Heller Brothers. In 1874, a new complex is erected along the Erie Railroad on Mt. Prospect Ave. In the 1880’s, the company began manufacturing steel and hand tools. Incorporation takes place in 1899 as the Heller Brothers Company. Several acquisitions occur including Johnson and Brothers File Company of New Jersey, Rex File Company of Ohio, Vixen Tool Company of Pennsylvania, plus several others. In 1928, a subsidiary company, Heller Brothers Company of Ohio was formed. War efforts saw the company producing large guns for the army. Another wave of acquisitions takes place after the war.

A standing horse is the common logo found on Heller Brothers tools. 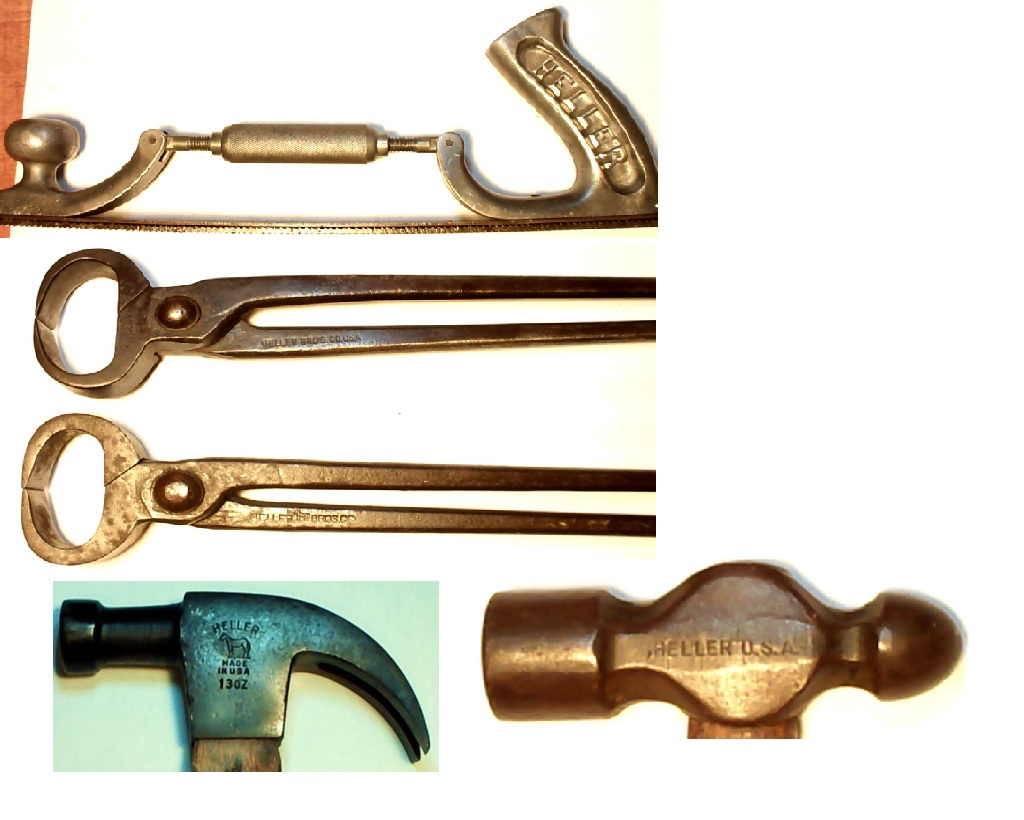