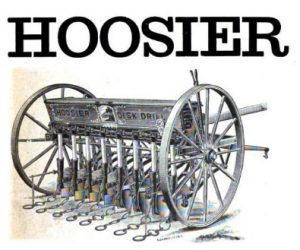 Joseph Ingels established the Hoosier Drill Manufactury in Milton, Indiana in 1856. He produced 25 grain drills in 1859 using horsepower. Then the Civil War got in the way.
The Hoosier Agricultural Works was organized in 1865 and became a stock company in 1867. Stockholders were Joseph Ingels, Aaron Marris, Joshua Gresh, an Alexander Jones. Gresh died a year later and Isaac Kinsey acquired his share. John McMahon Wescott purchased Kinsey’s stock when the company incorporated in 1873. Wescott gained full control in 1876 and moved the company to Richmond in 1878. Under Wescott’s guidance, the company became the largest manufacturer of grain drills in the world.
Hoosier became part of the American Seeding Machine Company in 1903. The new company was located in Springfield, Ohio but continued to operate the Richmond, Indiana plant. Richmond was sold to International Harvester in 1920. Springfield continued to operate until 1959. 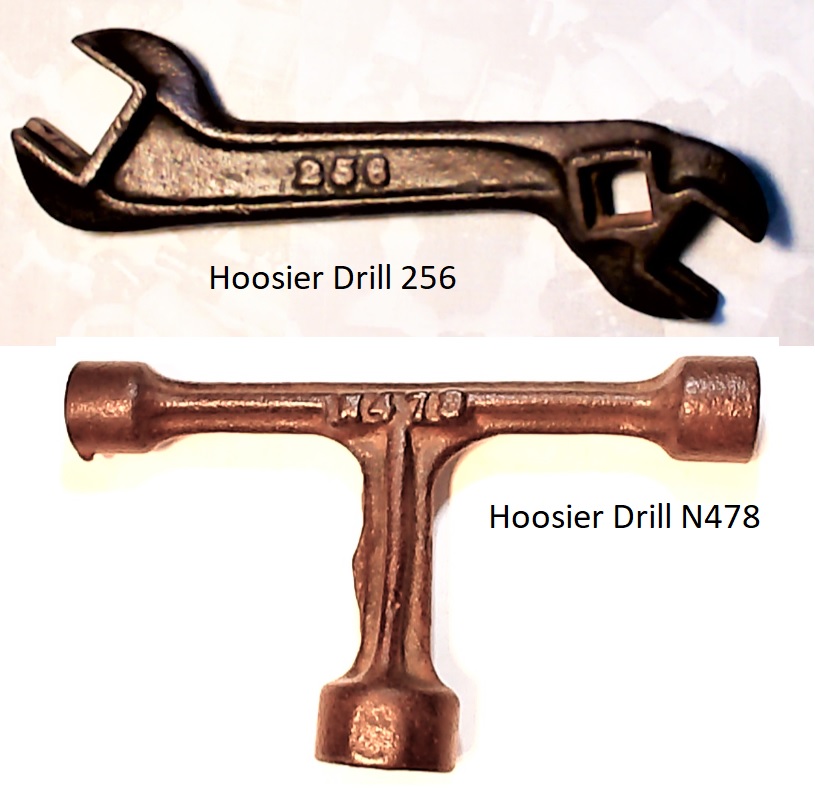