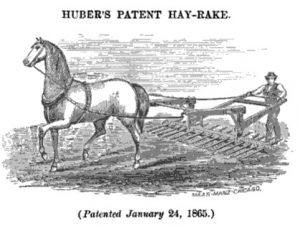 The Huber family were blacksmiths in Kelso, Indiana. Edward learned the trade from his father who was killed during the Rebellion. Edward had designed a hay rake he felt would sell well. Ash hardwood was readily available in Marion, Ohio and without money of his own, he found financing. The firm of Kawalke, Hammerle & Company was formed in 1865. His hay rake was a huge success. Kawalke and Hammerle both retired within five years. (Spelling of Hammerlee & Howalkee found during research, also found Huber, Munday & Co 1867 also spelled Monday.)

Lewis Gunn partnered in 1870 forming Huber, Gunn & Company. They began manufacturing steam traction engines. The Huber Manufacturing Company was formed in 1874 when the revolving road scraper was added. Holmes & Seffner were merged into the company in 1875. A threshing machine was added in 1880 with significant expansion in 1889.

An important partnership occurred in 1884. Henry Barnhart had patented a steam shovel. The Marion Steam Shovel Company was formed which became Marion Power Shovel. At the time of his death, Edward was president of Huber Mfg., Marion Steam Shovel, Marion Malleable Iron, Marion Implement Co, and director of a street railroad and bank.

Patent numbers 362,085 May 3, 1887 and 610,651 September 13,1898 registered to Edward Huber were found. They appear to be the same jack as the image below with a handle variation. Early machines were advertised as a complete package, nothing else to buy. That included the lifting jack. 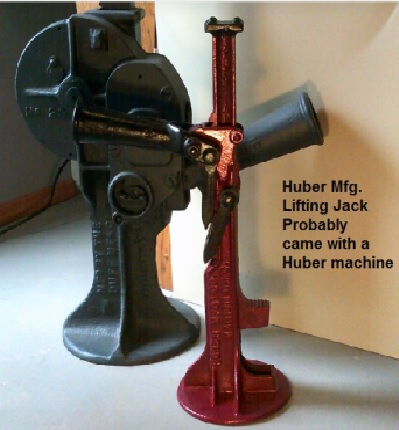 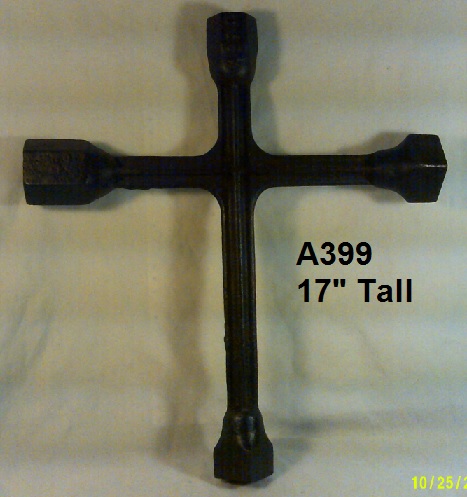