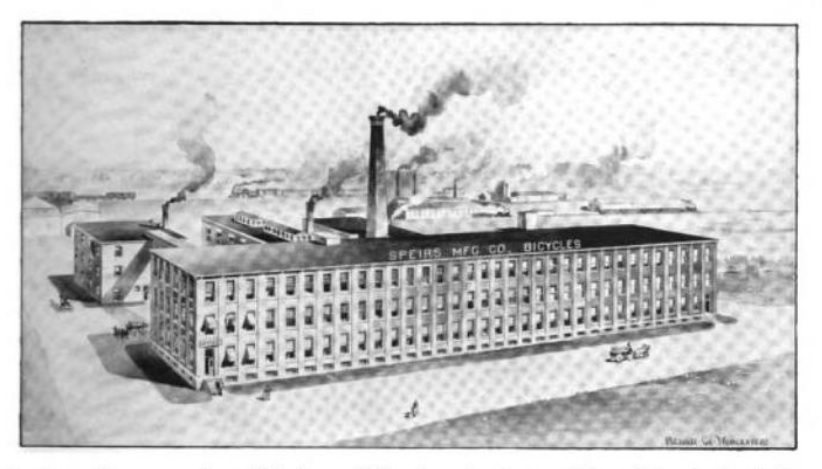 Speirs Manufacturing was established in 1892 to make bicycles. The company failed in 1898. The Sherman envelope company moved into the plant in 1899. John A Sherman invented machines for making envelopes and no doubt used the existing metalworking machinery. This machinery was liquidated in 1903 by Hill, Clarke & Co after Sherman had relocated.

A John C Speirs shows up in the automobile industry beginning in 1902. He was fired from Locomobile in 1902. J C then goes to Autocar from 1903 till 1905. A series of positions in 1906 included Midgely Manufacturing, Corbin Motor Works, and the Wayne Automobile Company. Standard Roller Bearing in 1908, and American Motors from 1916 till 1917. 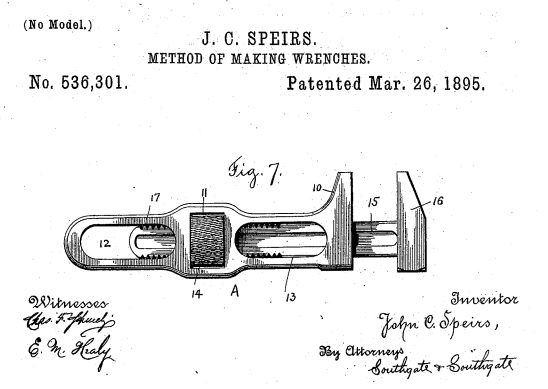