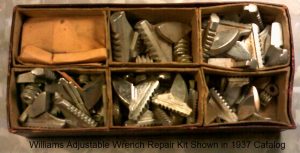 J H Williams Drop Forge
John Mays established a metal-working shop in 1866 and was joined by E W Bliss in 1867 becoming Mays & Bliss. Mays sold his interest to J H Williams in 1871 forming Bliss & Williams. Williams then sold his share to Bliss, who was his cousin, in 1886. There is an overlap of interest as Williams formed a partnership with Matthew Diamond in 1882. After a short time, the company became Williams & Brock, moving from Long Island to Brooklyn in 1884. The J H Williams name was established in 1887 and the company incorporated in 1895. James Harvey Williams died in 1904 at which time his son of the same name became president.
Needing space, affordable power, water, and a railroad connection, a second factory was built in Buffalo, New York in 1914. The site was chosen for its central location and proximity to the booming automotive industry. Second son, Earl Trumbull Williams, became an officer of the new factory. His service was short-lived as he was killed by a falling tree limb in 1918.
J H Williams merged with the Whitman & Barnes Manufacturing Company of Akron, Ohio 1n 1920. Both companies operated independently after the merger. Whitman & Barnes, established in 1854, also owned plants in Chicago and Canada.
Return to Home Page                         YouTube channel Wrenchwiki 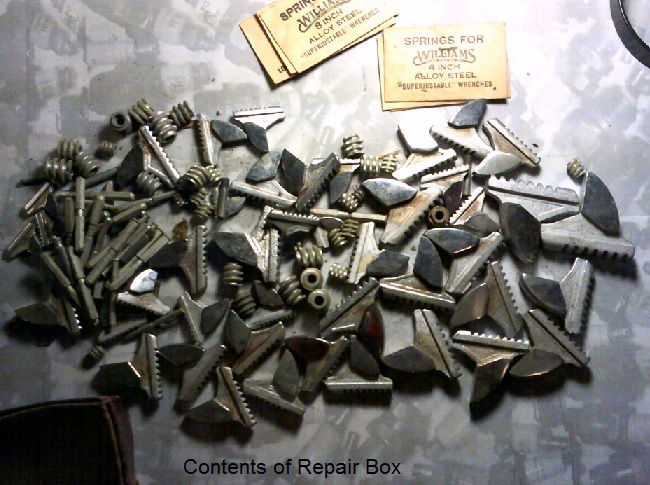