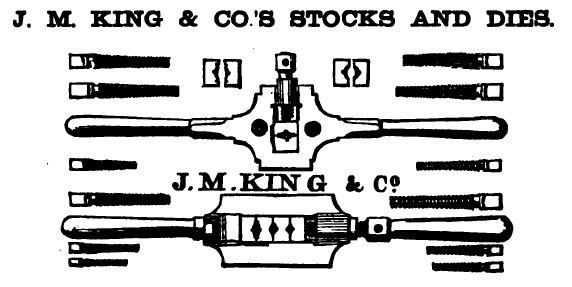 J M King was an important manufacturer of dies, die stocks, and pliers. Daniel B King began making die stocks along King’s Canal at Waterford, New York in 1829. The company then became J M King in 1849. Thomas Breslin joined the firm in 1867. Upon King’s death in 1871, his daughter, Mary E Daniels inherited the company. Breslin managed the company until leaving to pursue other interest. The company remained in business until 1910.
Breslin was a director of Hope, Harmony, and Cloves knitting mills as well as chief stockholder of the Ormsby Textile Company. He was also president of the Cohoes & Waterford Railroad. The C & W was a 1.87 mile street railway company organized in 1883 and in operation in 1884.
The Holroyd Company, also of Waterford, was a competitor in die stocks. 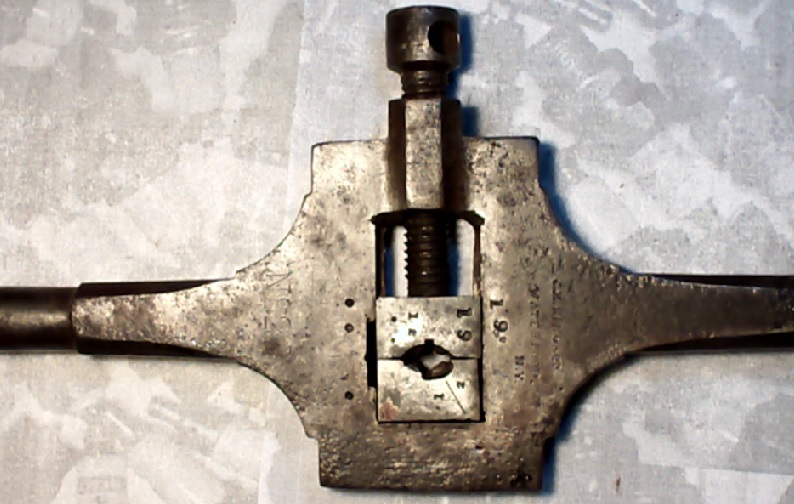