John Tibbets Slocomb (JT) was an important manufacturer of micrometers. He began his career at the Bangor Foundry and Machine Company in 1881, then the Brainerd Milling Machine Company in 1885. Another employee had made a micrometer which other workers were borrowing. The utility of the device didn’t go unnoticed.
JT worked for other machine shops including the HB Smith Machine Company, Holyoke Machine Company, Brown & Sharpe, and the Rhode Island Locomotive Works. While working at Brown & Sharpe, from 1887 to 1889, he met CE Barlow. The two formed a partnership known as JT Slocomb & Company in 1891.
Slow work during the panic years of 1890 to 1893 allowed time for JT to work on his micrometer. At the time, precision instruments were generally a work of art and expensive. Slocomb’s goal was a durable and accurate instrument made available at an acceptable price. He was also responsible for getting machinery manufacturers to standardize adjustments with dials marked in thousandths of an inch. The partners began selling micrometers to the trade in 1893.
The company was sold to JH Drury in 1914. Drury was sales manager for Union Twist Drill which continued using the Slocomb name. 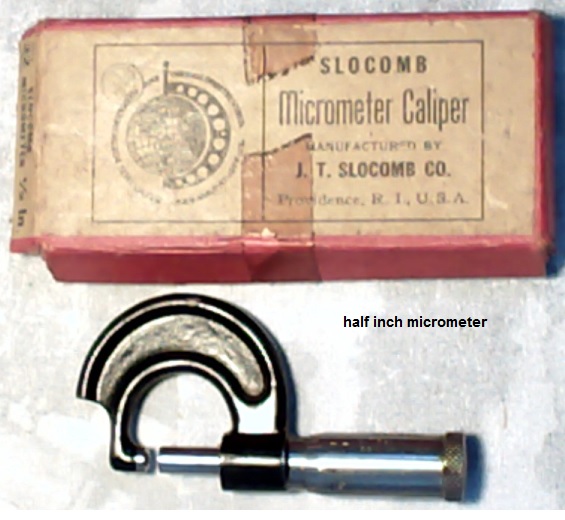 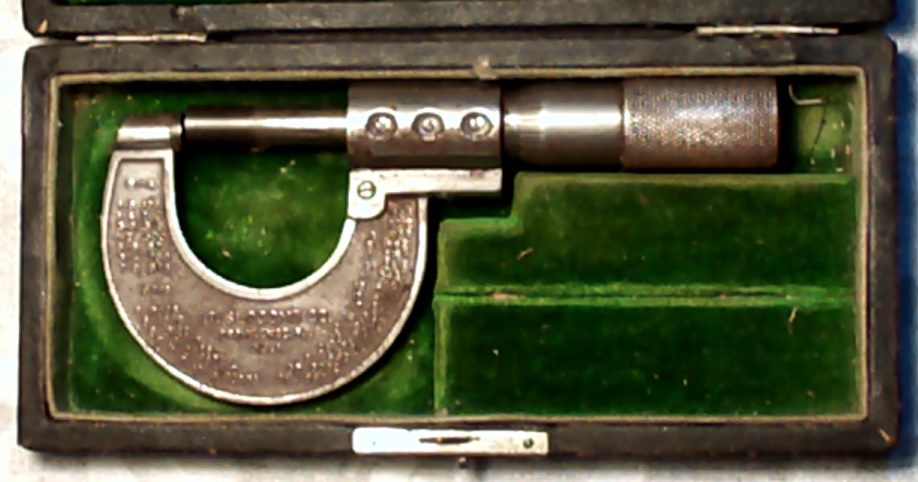 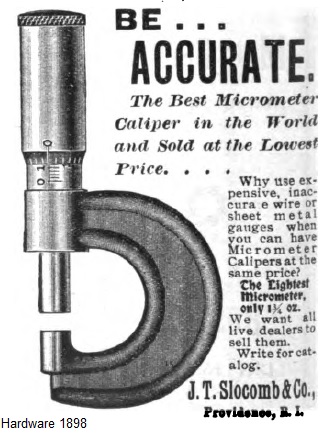 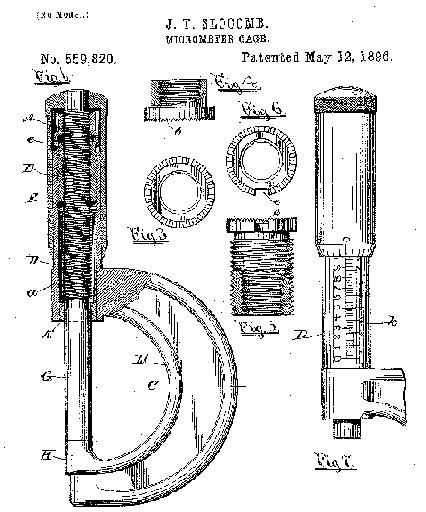