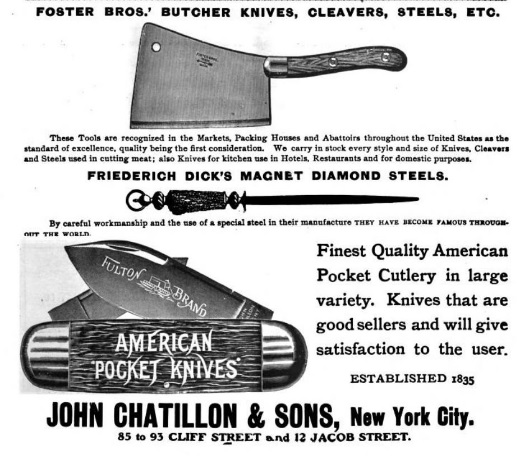 John Chatillon and Sons was a New York manufacturer of scales. The company was established in 1835 and operated until being sold to Ametek in 1997. Chatillon is an Ametek trade name. Products included springs, counter scales, beam scales, spring scales, butcher supplies, saws, pocket cutlery, and ice tools.