Harry Backus and Joseph Ganson established an iron foundry in Brockport, New York in 1828. This small company would go through a series of owners leading into one of the most important names in grain harvesting. The company became Backus, Webster & Co and then Backus, Fitch & Co in 1830. Cyrus McCormick ordered 100 reapers from this company in 1844. These were poor quality machines, but refinements were made. Backus retired in 1846 and there was another series of ownership. First was Fitch, Barry & Co, then Stillman, Bowman, & Co, and finally Ganson, Huntley & Co. Byron E Huntley had worked for most of these companies as the McCormick reaper was being developed.

Byron E Huntley and Samuel Johnston formed Johnston, Huntley & Company in 1868. This would become the Johnston Harvester Company in 1870. Johnston withdrew in 1874 but the company name was maintained until the end. A fire destroyed the Brockport facility in 1882. A move was made to Batavia for rebuilding. The company was sold to Massey Harris in 1910. The sale allowed MH access to the US market. 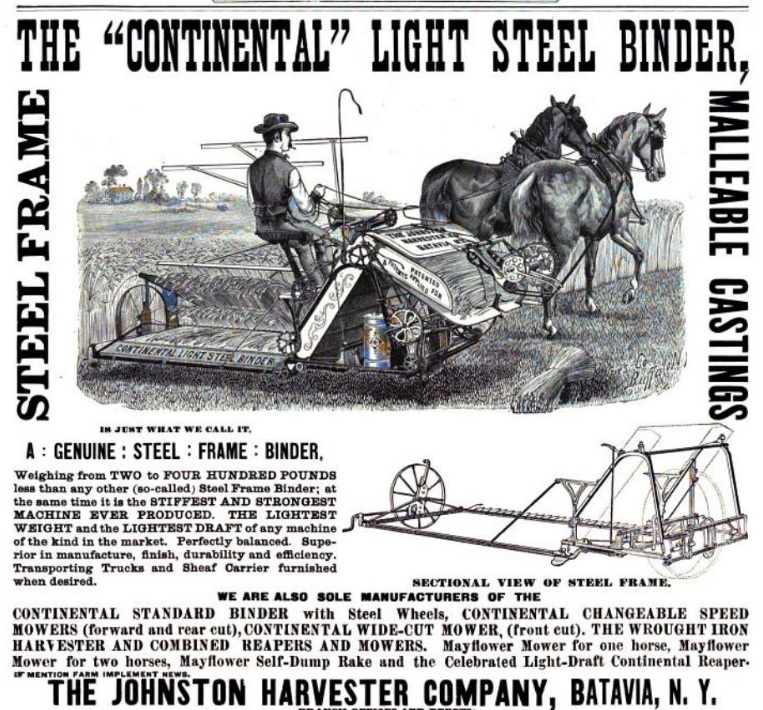