Malsbary manufactured a bolt-on grain drill that attached to a gang plow. Agricultural equipment was made by Rader & Malsbary in the 1880s and Hauser & Haines after 1889. Hauser & Haines, established in 1889, was absorbed by Holt Manufacturing in 1898. All assets of Matteson & Williams were taken over at the same time and merged into the Hauser & Haines facility. This company continued to act independently for several years. The Malsbary grain drill was being advertised by Holt by 1912. 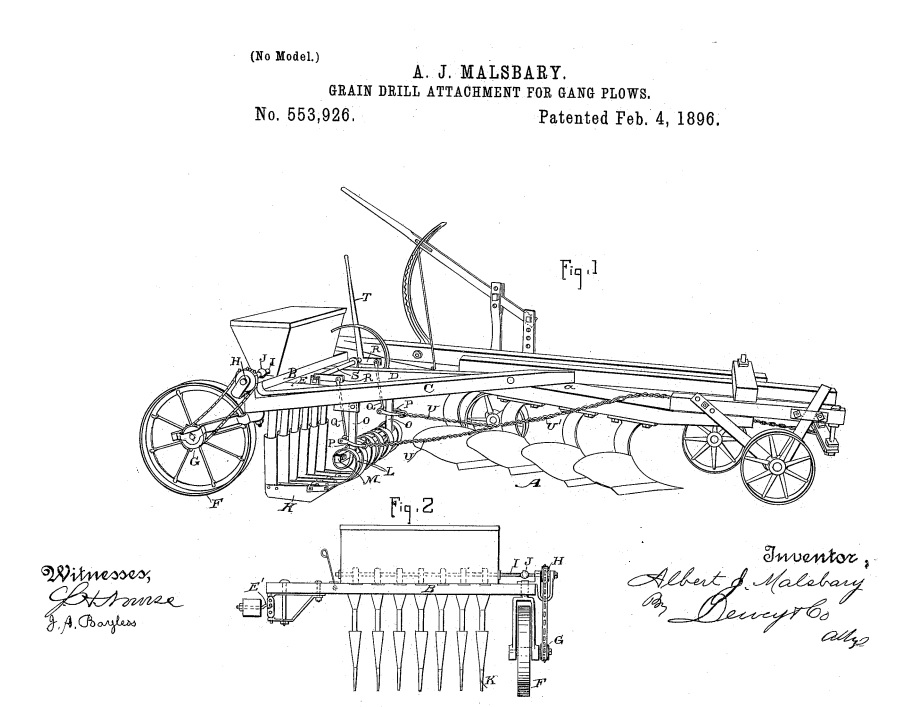