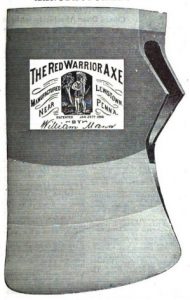 Irish immigrant Thomas Mann made edge tools in Braintree, Massachusetts around 1770. His son, William Mann, established a small axe manufactory in Johnstown, New York in 1801. William had four sons who would also manufacture axes. William Jr. moved to Bellefonte, Pennsylvania in 1823 and worked as a blacksmith for 5 years. William Jr. and brother Harvey opened a small axe factory at Logan’s Branch in 1828. A second factory was started at Bellefonte in 1832. This was shuttered after a year and William Jr. sold out his Logan’s Branch interest to Harvey in 1834. William Jr. then founded the Mann Axe-factory at Mauch Chunk. This burnt down in 1835 and William Jr. moved to Lewistown. Harvey continued at Logan’s Branch until his death in 1870 followed by his son Harvey Jr. until his death in 1875.

Joseph Fearson Mann succeeded Harvey Jr. at Logan’s Branch. Joseph was William Jr’s son and had worked for his father from 1861 until 1867. After losing an eye in the factory, he withdrew from the business entirely until 1875. Joseph operated the factory until selling out to the axe trust in 1890. Joseph continued with the trust until he was dismissed in 1893.

Mann Edge Tool (MET) 1893-2003
The Mann Edge Tool Company was formed by Joseph and Robert Jr. in 1893. Joseph had been dismissed from the axe trust. Joseph was responsible for many innovations and created the several of the famous brand names. After a fire and reorganization, the company incorporated in 1911. Joseph was forced out around this time. By 1920, no members of the Mann family were associated with MET.

James resigned during consolidation of factories by the trust and formed the James H Mann Company in 1900. James died in 1904 and his sons assumed control. Brothers Frank, Walter, and Percy purchased Robert Mann & Sons and Thomas R Mann & Co from the axe trust. This company continued until 1923 when it was sold to Collins. 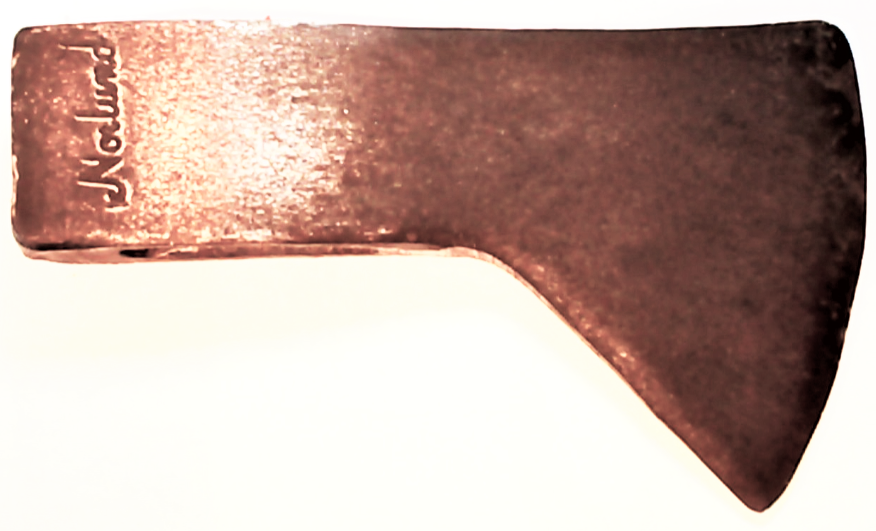