Massey-Harris was the most important manufacturer of agricultural machinery in Canada. In the early 1840s, Alanson Harris operated his father’s sawmill while his father was away preaching. This was sold in 1856 after good timber was exhausted. He moved to Beamsville in 1857 where he manufactured a hay rake his father had designed. Beginning in 1863, his son John began pursuing the right to manufacture American agricultural machines. His first success was the Kirby mower & reaper belonging to D M Osborne. This relationship with Osborne was maintained for several years. The company moved to Brantford in 1872 where they manufactured the Brantford Light Binder. Harris & Son merged with Massey Manufacturing in 1891.

Daniel Massey acquired a stationary thresher in 1830. He set this up in his barn cleaning his and his neighbor’s grain. A partnership with R F Vaughan was made in 1840. Vaughan owned a foundry and machine shop in Bond where he made plows. Daniel purchased this business the same year. Daniel set up the Newcastle Foundry & Machine Manufacturing Company in 1847. The first products were plows and kettles. Steam engines and boilers were added with mowers and reapers to follow. Daniel’s son Hart joined in 1852, Daniel retired in 1855, and died in 1856.

The American Civil War drained labor from Canada as young men enlisted for the $13.00 a month pay. This created the need for agricultural equipment. At first, rights were acquired for American brands. The Walter A Wood reaper was added in 1863. A name change to Massey Manufacturing occurred in 1870 as Hart retired and his son Charles became president.

The Toronto Reaper & Mower Company was acquired in 1882. This company was the Canadian branch of Champion Reaper & Mower. The acquisition made Massey Canada’s leading agricultural company. Then they merged with Harris in 1891. Almost immediately Patterson Brothers, J O Wisner & Sons, Verity Plow, and the Corbin Disc Harrow Company were added. Following the tactics of IH, it was far easier to buy a company then develop a product.

Bain wagon was purchased in 1895, the Kemp manure spreader in 1904, and Johnston Harvester in 1910. They now were manufacturing in the US. The Deyo Macey engine Company was acquired in 1910 and
J I Case Plow Works in 1913. The Case purchase gave them the Wallis tractor. By the end of the first world war, there were only a handful of agricultural firms left.

The merger with Ferguson was in 1953. Massey-Ferguson would become the largest manufacturer of agricultural equipment in the world. Tractors were the only lagging segment. JD & IH still had the tractor market. MF was acquired by AGCO in 1994. 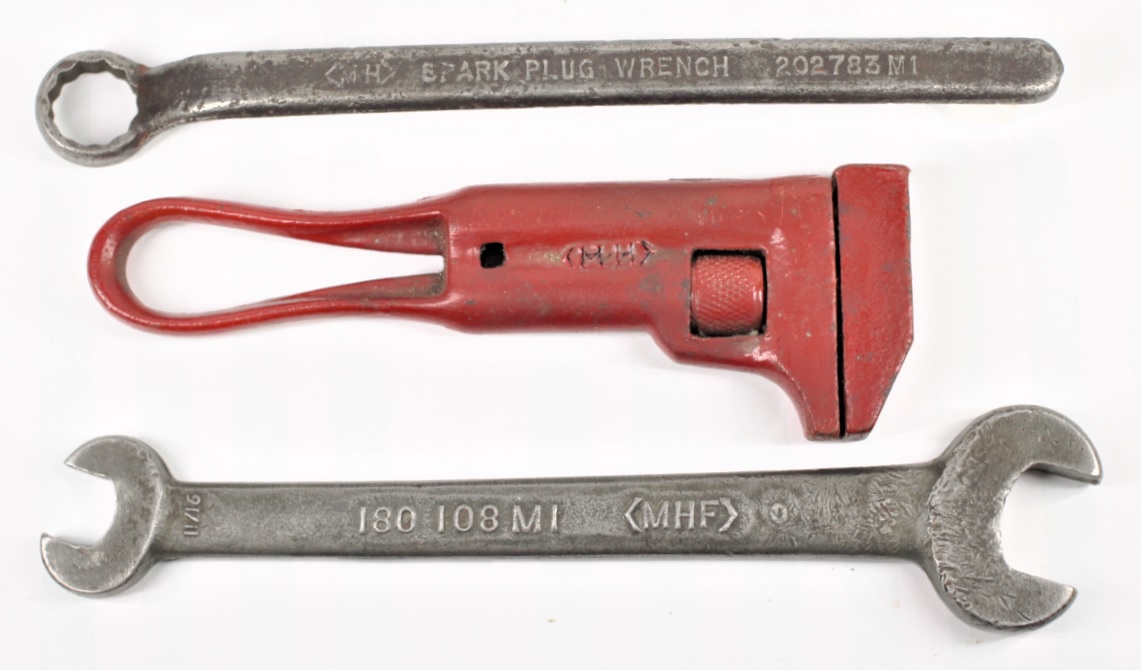