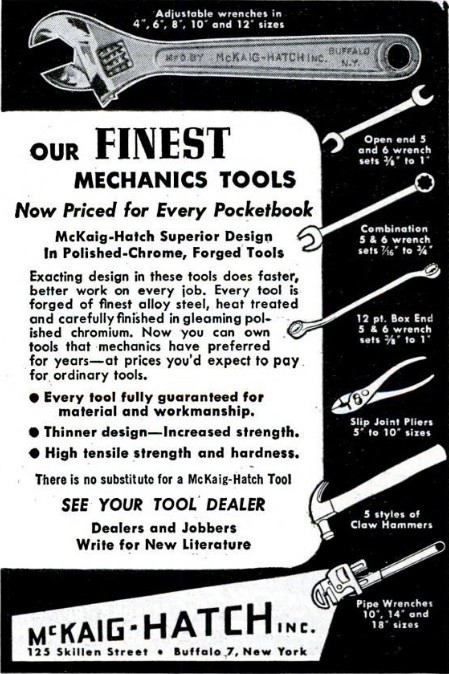 McKaig-Hatch was a leading manufacturer of automotive tool kits during the 1950s and 60s. The company was founded in 1913 by Archibald McKaig Sr, Chauncy B Hatch, and Frank S Leary. Archibald had been associated with McKaig-Dorntge Drop Forge, the Buffalo Roll & Forge Company, and the Buffalo Engine Company. The basis for the new company was plier patent number 1,116,093.

McKaig-Hatch was taken over by Tasa Coal Company somewhere between 1962 and 1967. Some resources list the date as 1962. Tasa was incorporated in 1917 and dissolution was in 2001. 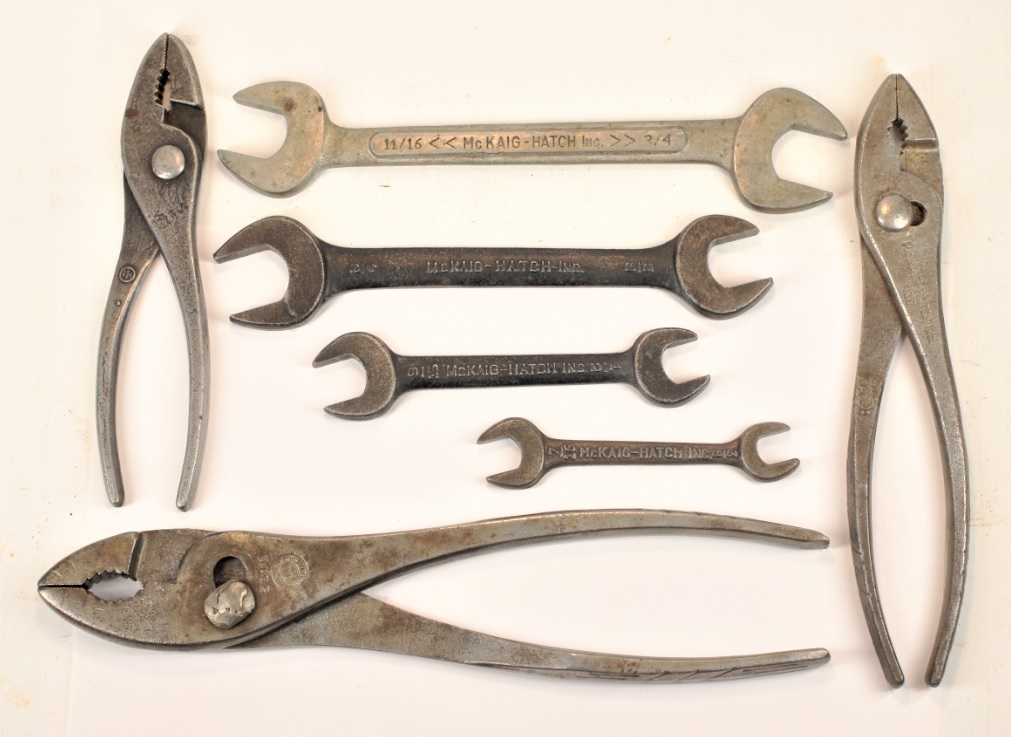