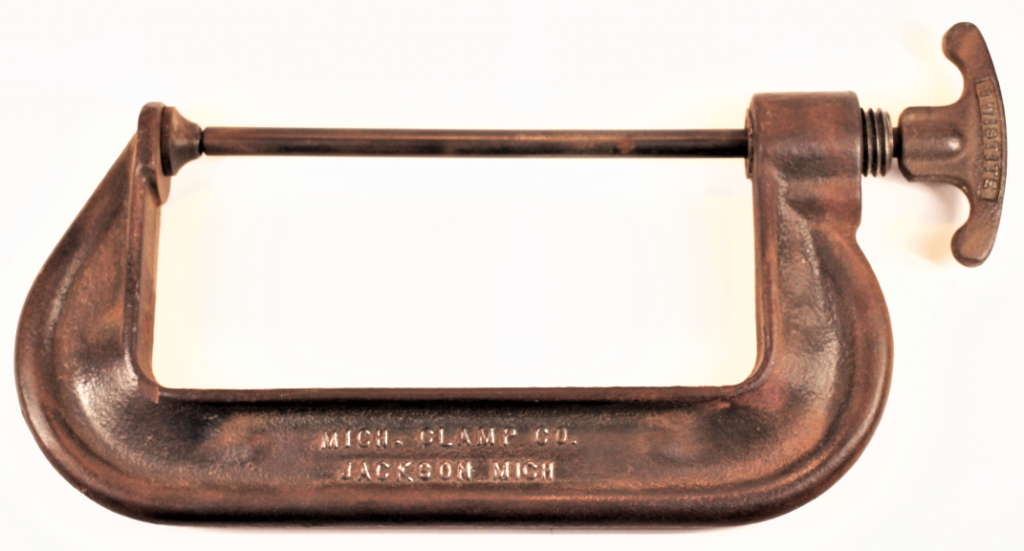 The Michigan Clamp Company manufactured the Twistite C-clamp. The Jackson, Michigan company was registered in 1943 and cancelled in 1945. The clamps are sometimes found with military markings.
There is a J A Richardson listed as a blacksmith in Albion, Michigan in 1875. The same name appears as a job printer in 1906. At some point, the company began producing corrugated packaging and then machinery in 1910. The firm moved to Kalamazoo in 1916 at which time they incorporated. Machinery was primarily for die cutting and concentrated on bending and cutting steel rule. C-clamps and vises under the Twistite name were advertised from about 1942 till 1949. J A Richardson ceased operation in 2004.