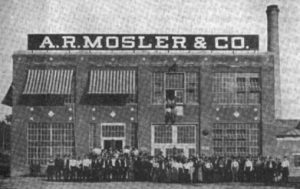 A R Mosler was an early manufacturer of spark plugs. Arthur R Mosler built a two-cycle engine in 1900. The engine would run well for a maximum of 3 hours before stopping. Arthur determined the cause was poor ignition. He set out to develop his own spark plug when unable to purchase one of suitable quality. After experimenting for a brief period, 1,000 plugs were hand turned on a lathe. These were quickly absorbed by friends and another 2,000 were made. Sales increased rapidly from 3,000 in 1900 to 20,000 in 1904, 100,000 in 1905, and 500,000 in 1907.

Arthur studied every engine on the market and manufactured spark plugs for specific applications. A booklet entitled Mosler on Spark Plugs was published detailing the company’s products. Brand names included Spit-Fire, Shooting A Flame, Breech Block, Vesuvius, Superior, and Junior. The Triumph was introduced in 1911 to compete with low end producers.

Hard times developed post World War One. A receiver was appointed in 1920. New investors established Mosler Metal Products in 1922. Spark plug models were reduced to 6 while other products were developed. 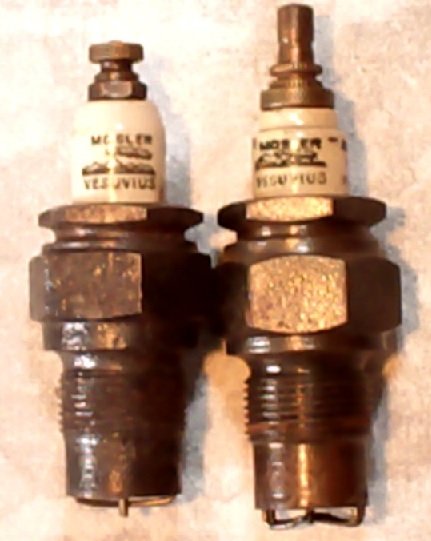