Jansen developed the skip-tooth die in 1906. This die, made from imported Sheffield steel, became quite popular. A standalone threading machine with 4-inch capacity was added by 1908. They built their own factory in 1924. H G was an excellent salesman and promoter. He authored regular articles in popular plumbing magazines. His son, H G Jr. became president after his father’s death in 1932.

The Wayne Pump Company merged with Symington-Gould in 1958 forming Symington Wayne. This company bought Sherman Klove in 1961. S K Wayne tools were branded sometime between 1962 and 1964. Toolmaker Electrolite was also acquired in 1961. Nye was purchased in 1964. Dresser Industries acquired Symington Wayne in 1967. 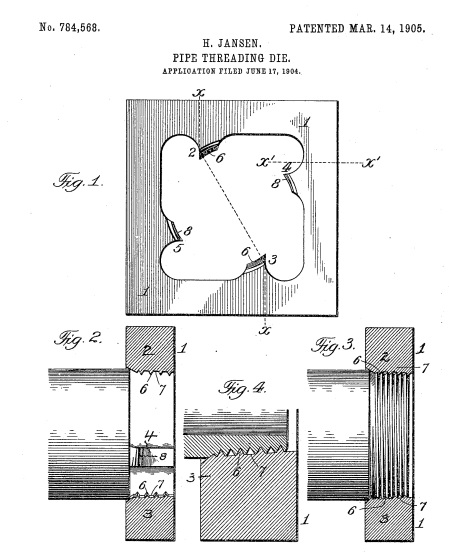