The Oneida National Chuck Company (ONCM) manufactured chucks for Drills and lathes. The company was established in 1891 as the Oneida Manufacturing Chuck Company. Their product was sold under the Little Hercules name. Later brands included National and Jordan. Their drill chucks were date and size coded with the words “Keep Well Oiled” until 1902. They became the Oneida National Chuck Company in 1899 and were acquired by the Pratt Chuck Company in 1918.
A lawsuit was brought against ONCM by the Westcott Chuck Company in 1902. Westcott accused ONCM of counterfeiting their product and using deceptive advertising. The success of both companies along with both being located in Oneida, New York resulted in their chucks being referred to as “Oneida Chucks”. Orders meant for Westcott were being sent to ONCM. The case lasted until 1907 being heard by the Supreme Court.
Return to Home Page 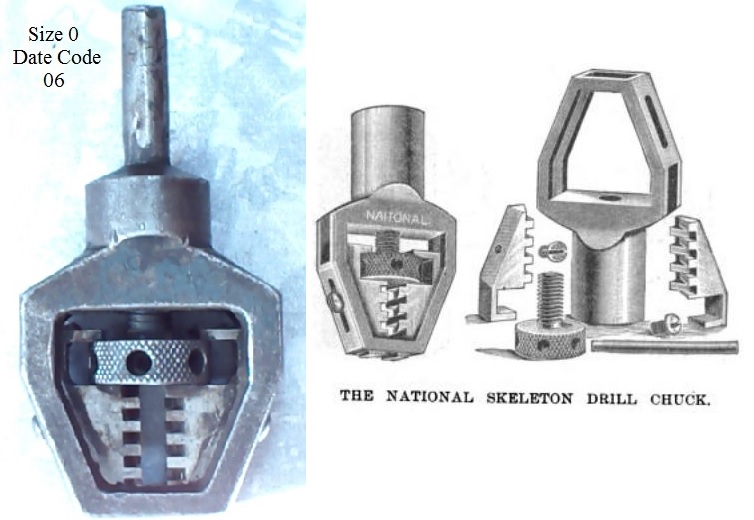