The Rentz Spark Plug Company was organized in Atlanta, Georgia in 1921. Organizers were W C Rentz, P H Orr, Asa G Candler Jr, John S Hurt, and George D Webster. The “Lighthouse” was their first plug and the most collectable. This plug had an adjustable spark intensifier with clear glass insulator. Advertising was heavy for 1921 and 1922. A patent was issued to William Rentz in 1925. No information seems to exist after that.

The Candler name should be familiar. William and Asa Jr’s father organized Coca-Cola. The Candler family sold the company in 1919. 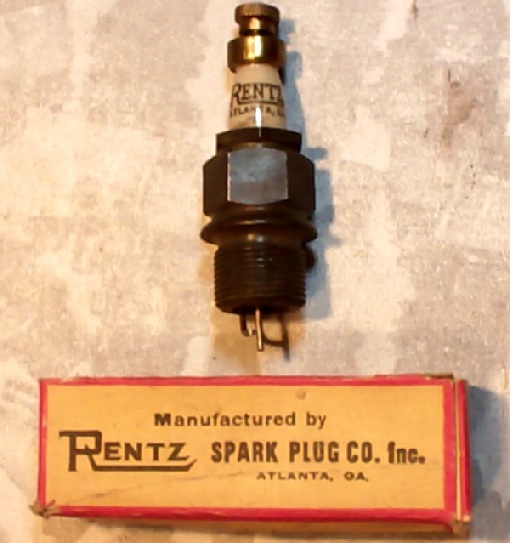