Roderick Lean was an important manufacturer of agricultural equipment located in Mansfield, Ohio. Lean moved to Stratford, Ontario in 1859 where he made harrows in a one-man shop. The Roderick Lean Manufacturing company was established in 1870 with the primary product being the “all Steel” harrow. The move to Mansfield, Ohio came in 1876 with the company soon becoming Roderick Lean & Son. Early garden plows were sold under the Excelsior and Favorite names. Later, as the variety of implements increased, names included National, Duplex, Redhead, Hoemor, Powershift, Zig Zag, Diamond, Highlander, and Butler.
After becoming ill, Roderick moved to California in 1893. His son Emerson McLean (Roderick had dropped the Mc) took over the company and incorporated once more becoming the Roderick Lean Manufacturing Company. Roderick died in 1894 and Emerson in 1909. Another son, Andrus, was also active in the company.
Around 1919, joint advertising began to appear linking Fordson tractors with Lean equipment. The Ferguson “Unit Plow” was introduced in 1922 designed by Harry Ferguson. Originally, the Ferguson was to be built in Bucyrus, Ohio by the Shunk Manufacturing Company. Actual production was at the Vulcan Plow Company in Evansville, Indiana. The Vulcan link became quite important in 1930 as Lean, Vulcan, the Peoria Drill & Seed Company, and Hayes Pump & Planter Company merge to form Farm Tools Inc.. 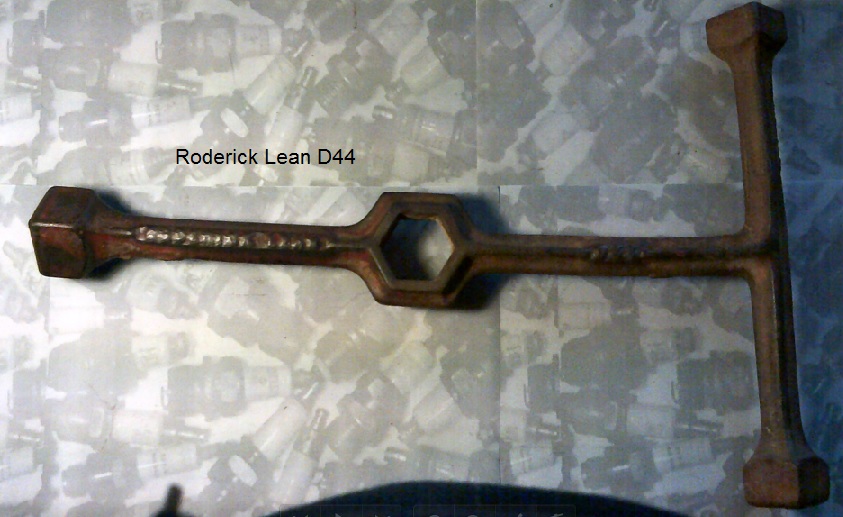