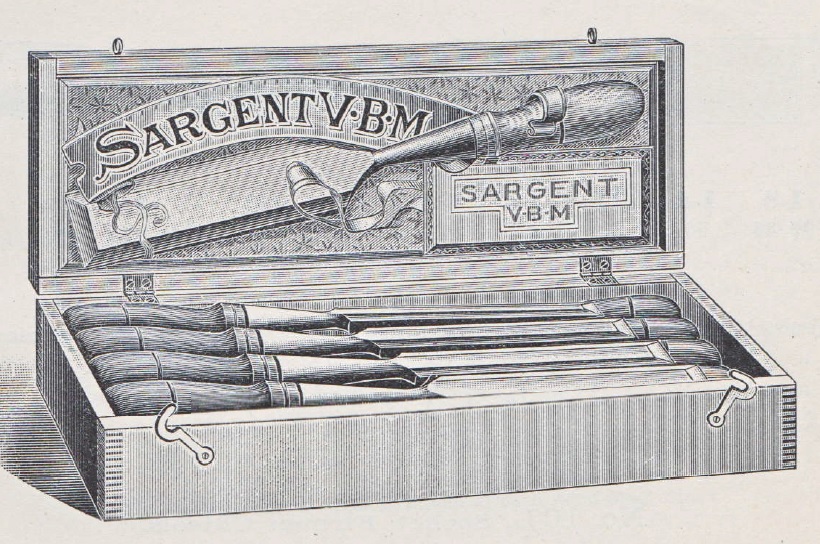 Joseph Bradford Sargent established a general store in Georgia in 1843. He had been working in dry goods since the age of 10. He bought one half interest in his father’s hand card business in 1850 and soon became sole owner. He also acted as a reseller. One of the companies he represented was the Peck & Walter Manufacturing Company of New Britain. Peck & Walter had become insolvent during the panic of 1857 owing Sargent $42,000. Sargent took over the company and became a manufacturer overnight. He now owned a hardware producer with an iron forge. Sargent & Company was formed in New Haven with his two brothers in 1858. The company became known for their wood planes and scrapers as well as locks and hardware.