The Stitt Ignition Company was a spark plug manufacturer located in Columbus, Ohio. The La French Power Spark Plug Company was chartered in Dayton, Ohio in 1917. Officers included F A Eastman, Aurthur A Nixon, Harvey C Garber, and I A Lytle. The Eastmans had secured spark plug patent 1,205,441 in 1915 that was the basis for the company. Garber was vice president of the Ralston Steel Car Company of Columbus, Ohio at this time. Spark plugs sold by La French were marketed under the “Nix-Ite” name.

The La French Power Spark Plug Company established a branch in Columbus in 1918. Plants were maintained in Dayton and Columbus for about two years before closing Dayton. The Columbus facility became the Stitt Ignition Company during 1918. Harvey C Garber was president. Spark plugs were sold under the “Stitt” name. The company became Stitt Spark Plug Company in 1968. Spark plugs were developed for stationary natural gas engines used in oil fields and gas pipelines. The stationary engine plugs were continued for years after dropping automobile plugs. These were marketed under the “Senior” name. The company moved to Conroe, Texas in 1971 and is still in operation. 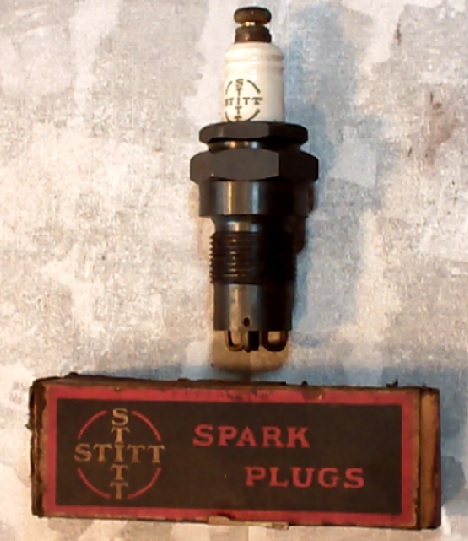