John B Stohler was a well known edge tool maker located in Schafferstown, Pennsylvania. John began working in his father’s blacksmith shop at ten years of age. He then worked for reaper manufacturers in Illinois during his twenties. John acted as a teamster in the spring and summer delivering agricultural machinery to Colorado. He would then return to spend the fall and winter in factories in Rockford and Freeport. This was the early to mid 1860s. Upon returning to Pennsylvania, John began making edge tools using a charcoal fire. The charcoal along with his considerable knowledge allowed the production of superior tools. He was able to obtain twice the price charged by competitors. Customers also came to him with drawings for custom work. Stohler axe heads are usually signed and highly collectable. 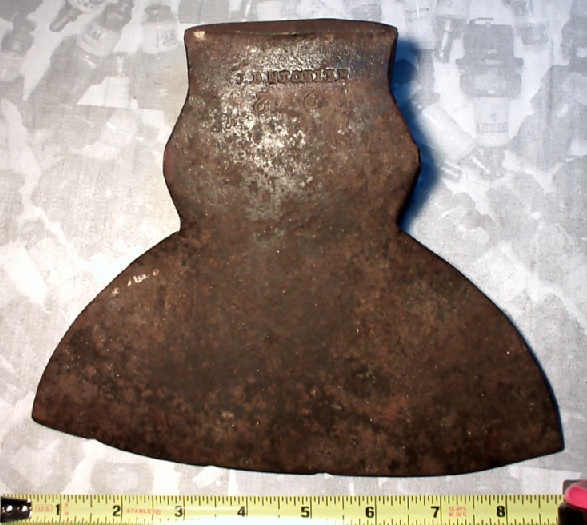