The Toledo Pipe Threading Machine Company was established in Warren, Ohio by William W Vosper in 1902. His son, Waynard R Vosper assumed control in the 1930s. Toledo was acquired by the Beaver Pipe Tool Company in 1962. Bradford Borden had established the Borden Company in 1900 to make threading tools. Borden became the Beaver Pipe Tool Company in 1935. Curtis Toledo acquired Beaver-Toledo in 1974. Curtis had its beginning as the Empire Saw Works in 1854. The original logo was a five-sided pipe die with a T, then the same five-sided die with BT. 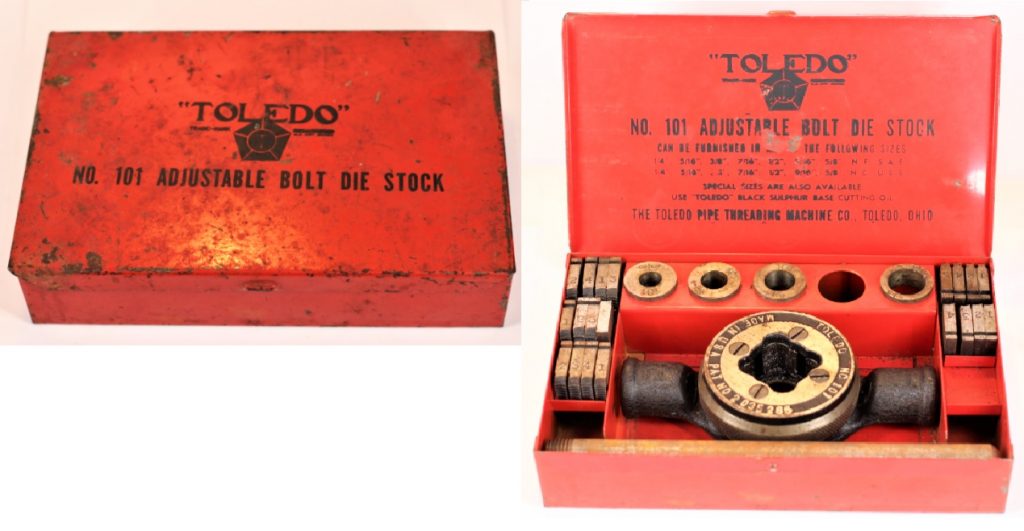