The United States Cream Separator was made by the Vermont Farm Machinery Company. The organization began in a single room above a livery stable in1868. Located in Bellows Falls, Vermont, the company name was the Hartford Sorghum Machine Company. They incorporated in 1873 manufacturing hay rakes, mowers, harrows, cultivators, and maple syrup evaporators. A fire destroyed their business in 1883 and by 1889 they had a new plant with 700 employees and were operating as the Vermont Farm Machinery Company. VFM discontinued agricultural implements at this time due to the success of cream separators. 1919 was in important year as they purchased the Monarch Equipment Company’s line of sugaring equipment and became a stock company. The Vermont Farm Machinery Company was advertised to be sold at auction in October of 1926.

True & Blanchard was an old name in maple sugar equipment. They incorporated their Monarch brand of equipment as a separate company in 1914. Monarch was sold to the Vermont Farm Machinery Company in 1919. VFM continued using the Monarch brand until the company ceased operation. 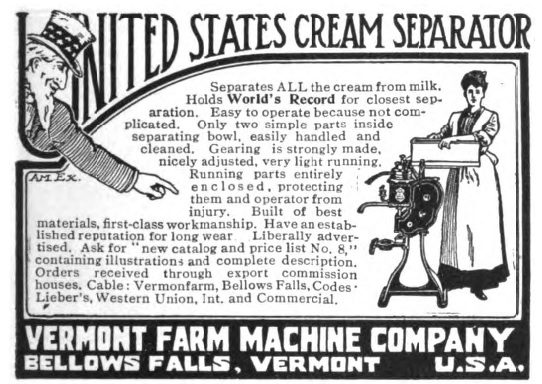 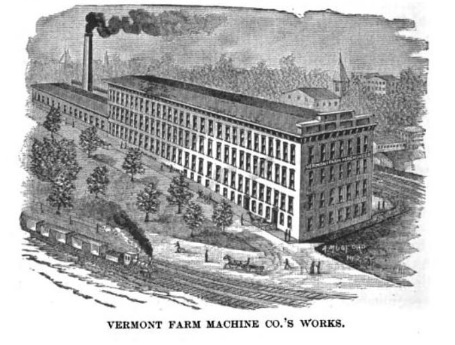