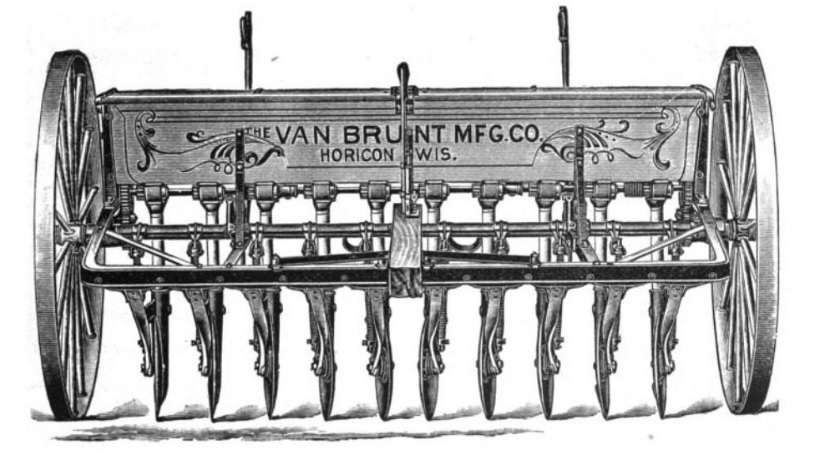 Daniel Van Brunt owned a wagon-making business in Mayville, Wisconsin. He sold this to Henry Boehmer in 1859. Daniel and brother George then spent the next year developing a seeder. A patent was acquired, and full production began in Horicon, Wisconsin in 1861. George withdrew in 1862 but would return. Judge Hiram Barber and Samuel B Kellogg became partners in 1863. The judge bought the company in 1870 and George retired from business. Both brothers and the judge showed up on patents with all three names between 1863 and 1870. Judge Barber sold out to Daniel, his son R C, and his son’s partner W C Wood in 1873. By 1876, Wood had sold out and Henry B Wilkins had become involved. The company would be Van Brunt & Wilkins for several years. The company merged into American Seeding Machine in 1902 and into Deere in 1911.
Daniel’s son, Willard, established his own grain drill company in 1871. This machine was known as the “New Van Brunt.” John Bushnell and William M Jones made the machine. S E Davis became a partner in 1872 forming Van Brunt & Davis. The two had been making hay forks together for several years. The name was changed to Monitor in 1874. D D French joined in 1878 adding the Peoples Mower to their line.
Return to Home Page 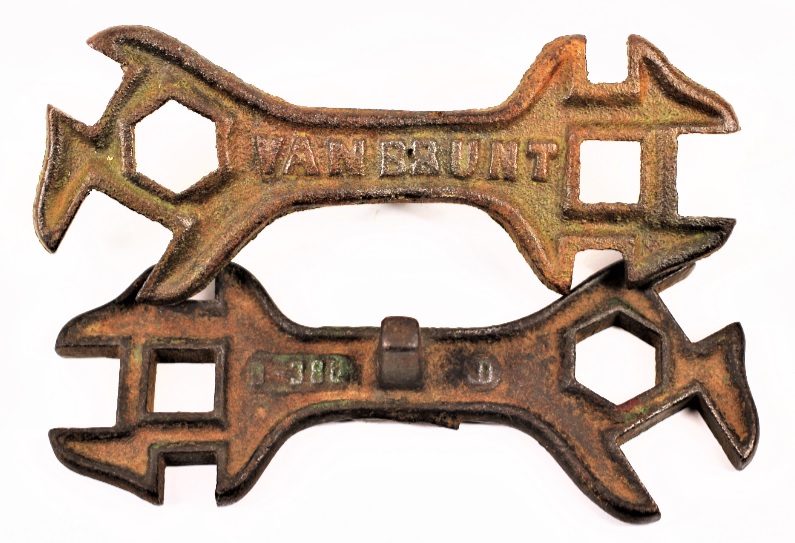