The first advertisement for a Wakefield wrench is in a 1920 publication stating that Clarence E Wakefield began making adjustable wrenches 33 years ago; placing a start date of about 1887 while American Exporter lists the starting date as 1889. This may be a mistake in that it was actually John E instead of Clarence. The earlier wrenches have two other names connected with them, Joseph Oliver and Joseph Fleming. In 1896, the company is listed as J E Wakefield Wrenches and Clamps with the name appearing later as the Wakefield All-Steel Wrench Company. The Wizard name may be attributed to son Clarence who appears to be working on his own after has father’s death in 1910. Advertisements continue until at least 1922 with a patent date of 1928 for a socket set. 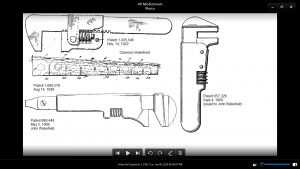 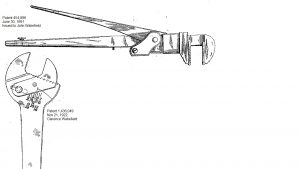