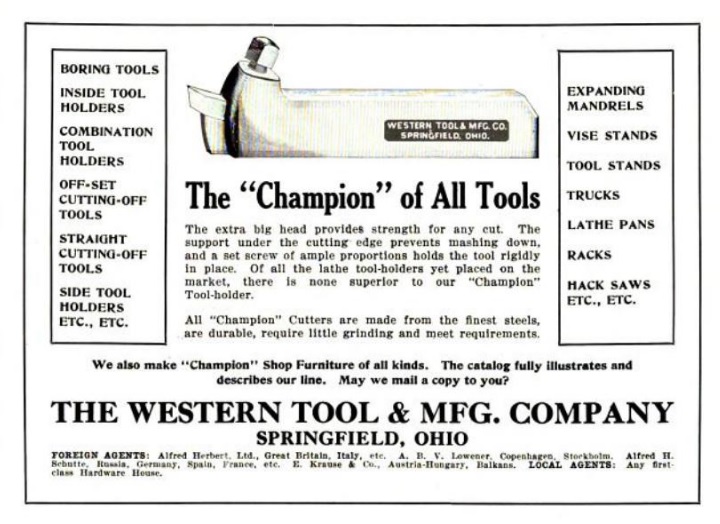 The Western Tool & Manufacturing Company made lathe tools, vises, and tool carts. The company was established in Springfield, Ohio in 1904. Products were sold under the Champion brand name. Henry Morris served as president.

The Enoch family is responsible for laying out West Liberty, Ohio. They also owned the Mac-O-Cheek area. Judge Piatt acquired some of the land in exchange for legal services. The Piatt and Mac-O-Cheek castles were visited by school children for many years.

Enoch Manufacturing was established in 1901 by the same family. They were huge manufacturers of metal lunch boxes and work gloves. 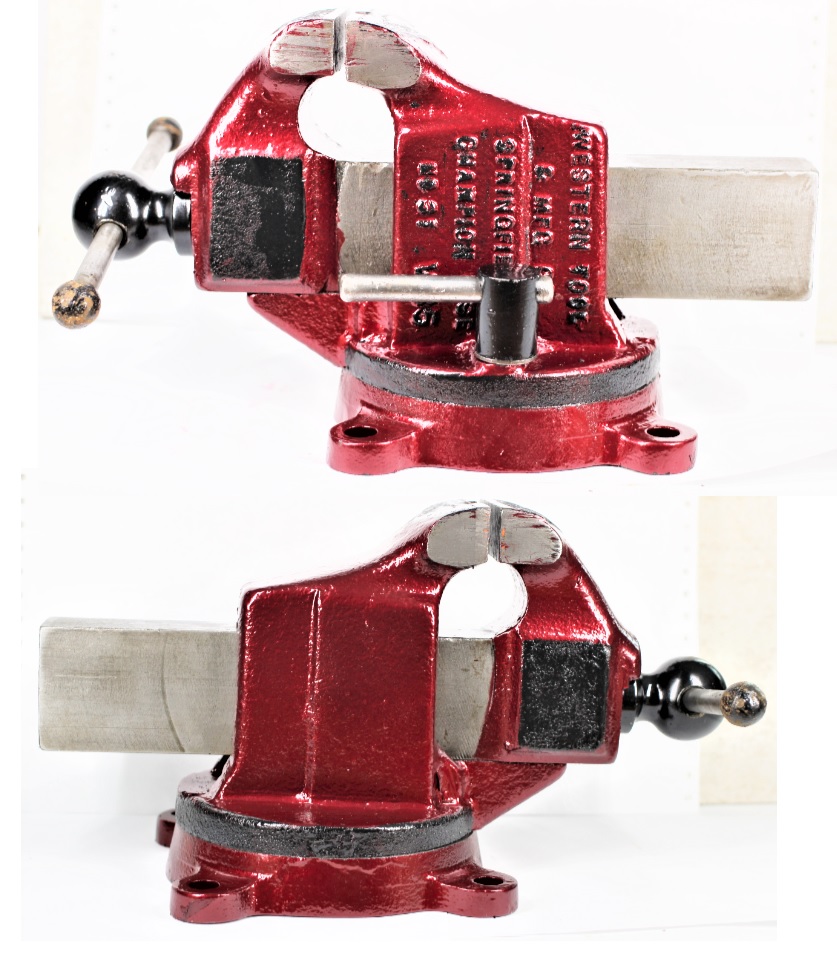