William Andrew Whitney partnered with E D Etnyre to form the American Lock Nut Company in 1902 and incorporated a year later. The company located in Oregon, Illinois. Products were the “Lightning” metal punch and “Bull Dog” lock nut. Corporate officers were E D Etnyre, G L Harring, F T Andrews, and W A Etnyre. Whitney was not an officer, but his name appeared together with Etnyres on patents. Their charter expired in 1909.

William had moved to Rockport, Illinois in 1906 and established the W A Whitney Manufacturing Company in 1907. The corporate charter listed W A Whitney, William L Keeney, Frank Vanderbogart, and Nellie Vanderbogart. The company was established to manufacture a metal punch he had patented. William lost control of this company in 1911 and then established the Whitney Metal Tool Company. He left this business in 1918 and it was acquired by George H Spengler in 1925. 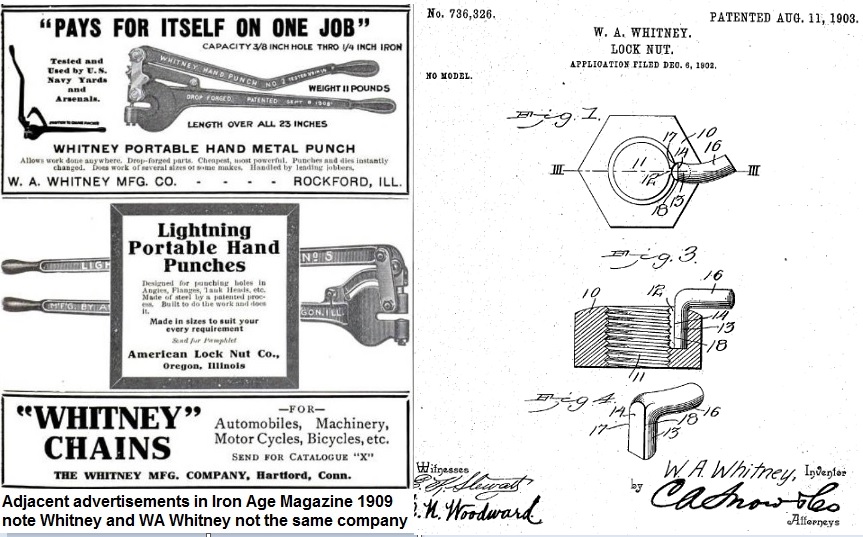