Brothers Samuel and William Butcher apprenticed in their father’s cutlery business in Sheffield. They opened a shop in 1819 manufacturing files and edge tools. By 1822, the line has expanded to include skates, hoes, trowels, and joiner’s tools. They are now making crucible steel.
1725 – Robert Wade until 1818
1818 – 1827 – Wade & Butcher – specializing in straight razors
The circle B, arrow, cross logo appears this early.
1827 – 1830 – Butcher, Brown, & Butcher (continued Wade & Butcher stamp)
1830 – W. & S. Butcher (William & Samuel)
1830 ’s Samuel moves to New York to represent the business. This is when they began specializing in plane irons.

1845 opened a tool & steel works in Philadelphia. By this time, Butcher provided one-half the files used in the united states. Bowie knives are now a significant product.
There was a disastrous flood in Sheffield in 1864. Sheffield still in operation until 1871. Samuel had died in 1869 and William in 1870.
1867 – William Butcher Steel Works in Norristown near Philadelphia. In 1872 The Steel Works became Midvale Steel Works. There is speculation that William Jr. was responsible for the three Philadelphia mills. Records do show a William Butcher signing off on production nearly two years after William Sr.’s death. 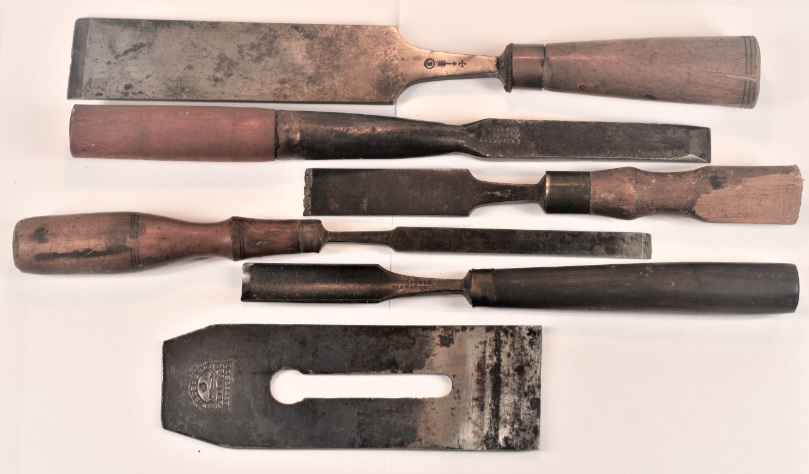