William Johnson manufactured carpenter’s tools at the Hedenberg Works in Newark, New Jersey. William Sr. established the business between 1830 and 1834. William Jr. assumed control between 1864 and 1866. They became well known for plumbs and levels but produced a broad array of tools and hardware. Johnson promoted the use of American made steel, especially that of Benjamin Atha. Atha established the Newark Steel Works in 1864. Johnson incorporated in 1931 and was sold to C S Osborne in 1938.

Robert Canfield and John Hedenberg were carriage manufactures in Newark. When their business failed, James Quimby acquired the business. This became an industrial complex eventually known as the Hedenberg Works. Hedenberg was home to several industrial concerns. 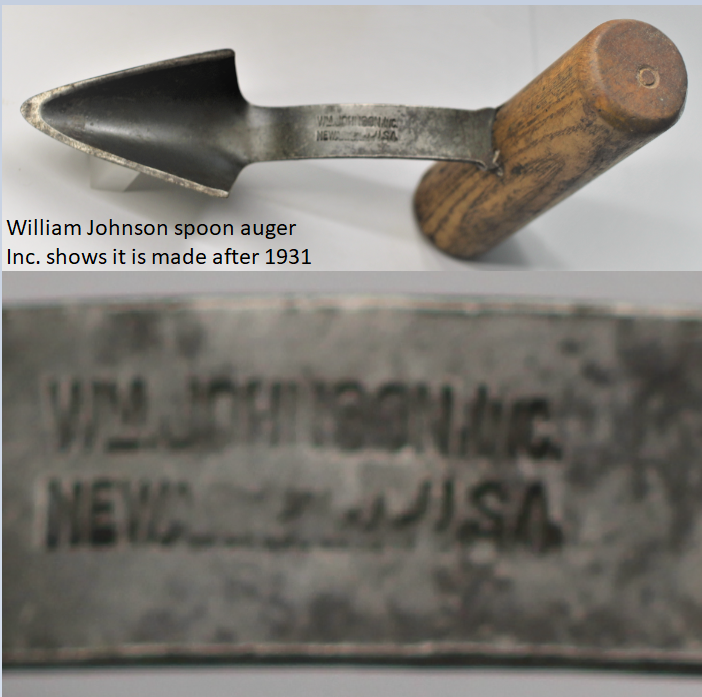